#60--Regina Wendel--New Beginning for Her and for Me. 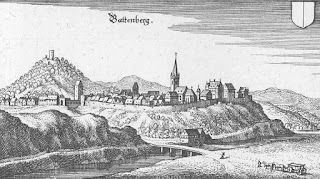 Searches in Ancestry.com and Family Search.org provided me the information I was looking for.   I found Regina Wendel was born in Battenberg, Germany in 1825.  She was one of twelve children born to Johannes Wendel and Katherine Kohl.  On September 9, 1849 she married Joseph Minarzick.  I am still not sure about the date she and Joseph came to the United States.  However, Charles, their oldest son, in his application for an army pension swore that he was born in New York City in 1853.  So, they immigrated sometime between 1849 and 1853.

In the 1860 census, Joseph and Regina have 8 children:
Charles, Elizabeth, Cary, Susan, John, Maria, Louisa, and Kate.  They were living in the lower east side of Manhattan in the 17th District, Ward 22.  Joseph was working as a tailor.  Regina Wendel Minarcik died on June 18, 1878, three years after her husband died.

While I am saving them for another day, I also found two of her brothers, Konard and John, in New York City in the 1870 census.

If I could talk to Regina, I would like to know why she and Joseph decided to come to the United States and to live in New York.  I would also like to know about her experiences of living in a tenement in New York as well as about raising 8 children.