In a letter sent to my great aunt, Cora Hannah Parke, Phillip Hannah states that there were three John Hannahs from Edgar County that fought in the Civil War:  Old John (John M. Hannah), Little John (John Wesley Hannah) and Big John (John Bayard Hannah).  I have previously blogged about the Civil War experiences of my great grandfather, John Wesley Hannah, and of my great great grandfather, John M. Hannah.  So for this week, when the theme is military, I thought I would blog about the third one, John Bayard Hannah.  I knew nothing about him so this would be a good opportunity to learn more about my Hannah ancestors.

John Bayard Hannah was born on August 9, 1829, in Brown, Ohio, to Katherine Beard and Henry Hannah.  In 1834, his family moved to Edgar County.  After living for a short time in Indiana, John Bayard returned to Edgar County.  John Bayard Hannah married Elizabeth Frances Lawrence in Paris, Illinois, on October 27, 1857.  John and Elizabeth had four children:  Bayard Lee; Phillip Ensminger, Henry and John Gray.  The family lived in Paris, Illinois where John Bayard practiced law and also served as justice of the peace. By 1880, John and his family had moved to Ross Township in Edgar County, where he farmed. 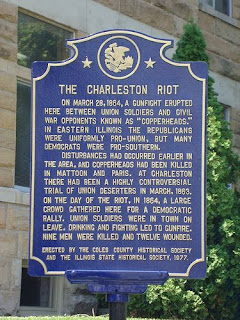 In 1861 John Bayard enlisted in the 54th Illinois and became the Captain of Company F.  According to Parkinson in Edgar County Illinois in the Civil War, 1861-1864, the 54th was involved in two notable incidents.  First was the siege of Vicksburg.   The success of the siege cut the Confederacy in half and prevented the flow of Confederate supplies on the Mississippi.  After the siege ended, the Regiment was part of the expedition against Little Rock.  The second notable event was the Charleston Riot.  Charleston Illinois was town divided:  some individuals, knows as Copperheads, were sympathetic to the South and others supported the North.  On March 28, some Copperheads fired their rifles on the soldiers of the 54th, who were in town as part of their re-enlistment.  As lengthy fight followed, ending in nine men killed and 12 wounded.

After the war, John Bayard returned to Paris and continued to practice law.  According to his obituary, he was a mason and also active in the Methodist church.  He died on April 3, 1819 and was buried in the cemetery in Paris.

I wish I could talk to him.  I would like to know about his experiences with the Illinois 54th, his law practice, and why he left it to take up farming. 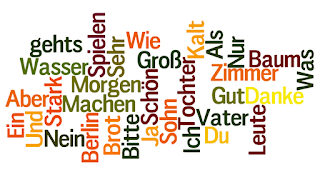 When I think of an ancestor that spoke a foreign language, I think of my Oma, my great grandmother, Maria Huelster Eitelbach.  She was as born in Schmallenberg, Germany in 1865  and came to the United States in 1895 with her husband, Louis Eitelbach and four of their sons.  When I think of Oma and when she spoke German, I remember two things.

First, both my mother and my father had studied German in school and were able to speak it, how well they were actually able to do that, I am not sure.  However, I do remember that when we would go to visit Oma, sometimes they would talk to each other in German.  I think all of them enjoyed doing that.

Second, I remember that Oma would come for Christmas Eve.  After diner, my mother would play Christmas carols.  One that she played was O Christmas Tree (O Tannenbaum), and Oma would always sing it for us in German.

If I could talk to Oma, I would ask if she spoke German with other of her relatives or friends.  I would also like to know how hard it was for her to learn English, which she spoke very well. 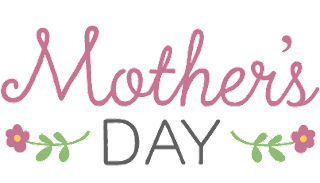 It should be no surprise that the theme for this week is Mother's Day.  I have two other blogs on this theme: Happy Mother's Day and Happy Mother's Day Maria Huelster so it was time to figure out what to do now.  I have lots and lots of mothers in my tree, but somehow blogging about them was not what I wanted to do.  When I think about mothers, I think about my mother and my grandmothers so I wanted to focus on them.  Also wanted to be able to use  pictures and was delighted that I could find some taken when I was a baby.

Here is one of me and my mother in Prospect Park. 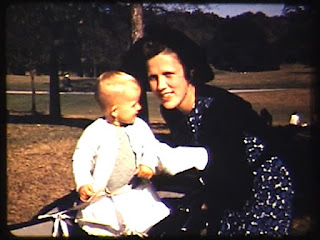 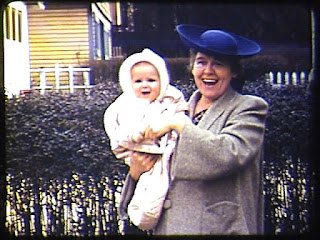 Here is my Granny, Gertrude Richards Hannah, also holding me. 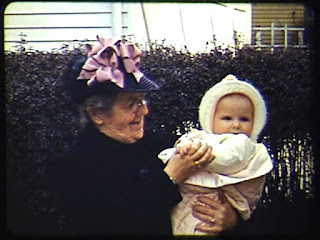 My great grandmother Oma, Maria Huelster Eitelbach also would come to visit,and here she is with me on her lap. 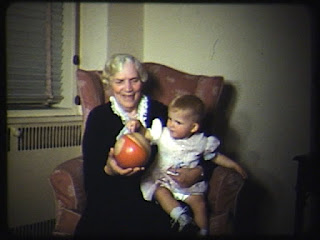 And last here is one of my Oma, Nana, my Mother and me.  I just love their hats. 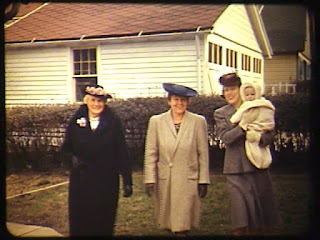 What an amazing group of women.  I was so fortunately to have them in my life and miss them every day.
Posted by Mary at 9:52 AM No comments: 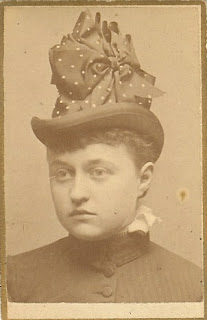 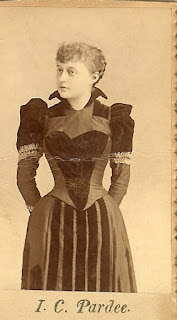 One way to think about the theme of close is a close up picture of someone.   I inherited a box of small portrait photographs from my grandmother.  I believe the photos were exchanged between friends in the late 1800’s.  As I looked through them, I realized that I had several of my grandmother’s cousin, Mabel Jewell.  Perfect for this week’s challenge.  Mabel Jewell was born in 1874 in Brooklyn, New York to George  and Evalina (Cochrane) Jewell. Her brother Herbert E was born in 1876.

Mabel lived in Brooklyn her entire life, either with her parents and, once they were deceased, on her own.  Only the 1930 census lists an occupation for her, that of a teacher in a school for girls.  Mabel Jewell died in August 1952 when she was 78 years old.  She is buried in her
family plot in Greenwood Cemetery. 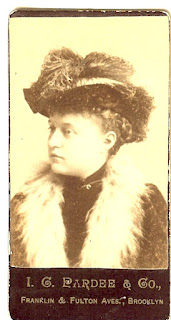 That is all I know about Mabel.  If I could talk to her, I would like to know more about her life?  Where did she go to school?  Did she travel?  What did she like to do?  Where did she work? I think I would also like to know where she got those incredible hats.
Posted by Mary at 5:51 AM 1 comment: