Last week my blog was about German Richards, the earliest ancestor I can identify in my Richards line.  This week I decided to continue that line and blog about  one of his descendents.  The problems with documentation continue, and I have continued to rely on the same three sources for documentation as I used last week.

I decided to focus on Edward Richards, one of Germain and Alyc (Rice) Richards’s sons, who is my 10th great uncle.  Edward was born about 1568 and lived at Yaverland, which was purchased by his father.  According to the Visitation of Hampshire, Edward married Bridget Mitchell and with her had three sons:    Sir John Richards of Yaverland;  German Richards of Portsmouth; and Edward.  Edward Richards, Sr.  was High Sherriff of Southampton in 1606.

Sir John Oglander relates the following incident in his notebook under the heading “A Strange Illness:” 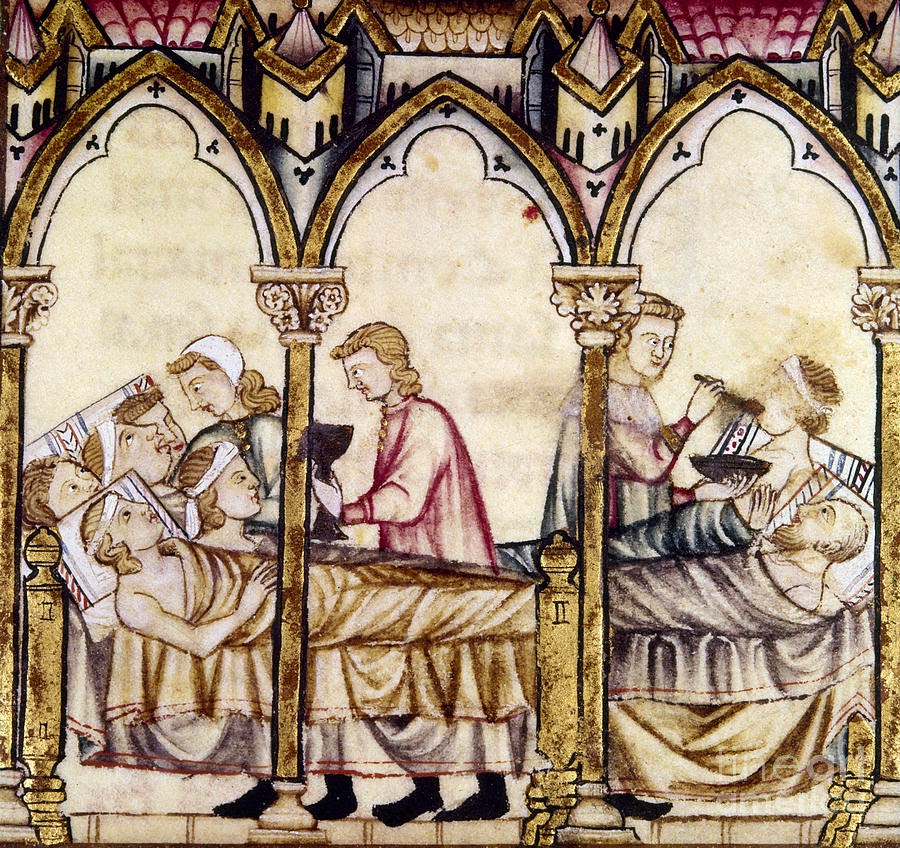 "Old Mr, Richards of Yaverland, having been long sick, fell into a trance, in which he continued 2 days and nights without speaking or taking any sustenance.  They all expected every hour when he would depart out of this world.  Doctor Lewkenor, his physician, left him as a dead man, came to me told me he was past hope of recovering.   Three of his children, with divers others to the number 0f 10 persons, continued in his chamber, expecting when it would please God to call him, and they put all things in order for his burial, for he had been long sick before he fell into the trance.  But , at the end of the 2 nights and days, he awakened and roused himself up in his bed.  They demanded of him how he did.  He replied “Reasonable well,” “ and told them that he had either seen a vision or one had told him, being in the trance, of divers things:  amongst other things, that he should recover out of this, his long sickness, and should live , (he being then aged three scores  years) and see all those in the buried before him, which fell out accordingly.  His 2 sons, John and German, were the last:  German died at Portsmouth  suddenly, being well and dead in 2 days.  Sir John died some 3 months after, and the old man some 6 months after.  Althogh I give small credit to dreams, yet thus it fell out unhappily."

Lately I have been blogging about ancestors who lived within the last couple of hundred years or so and in the United States.  So I decided to go back as far as I can in my Richards line and pull some of my information together.  Since we are dealing with people who lived in the 1500’s, documentation is sparse.   To make matters more interesting, I found that Richards had other spellings such as Rychards and Richardes .  I have relied heavily on the Visitation of Hampshire, Burke’s General Armory, and The Diary of Sir John Oglander.  Putting together this part of my Richards tree is rather like putting together a jigsaw puzzle when you do not have the whole picture and when other people are doing the same puzzle, but making it look different from yours. 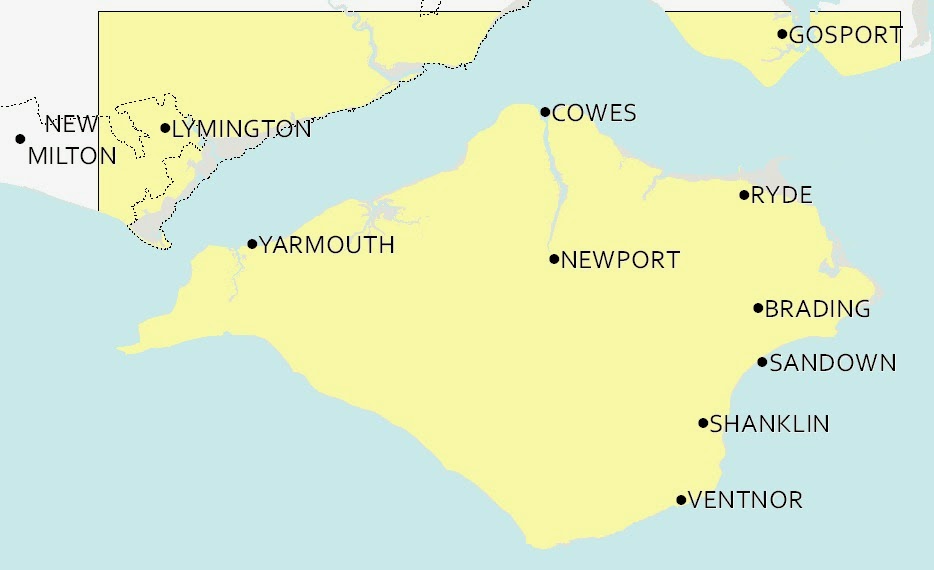 In the 1500’s in Great Britain, the Richards’s families were living in Kent, Devon, Gloucester, Hampshire, Shropshire, and Wales.  My branch is believed to be descended from the Richards in Hampshire  (however, Burke’s says Kent).  The earliest ancestor I can identify is German (Germain, Germaine) Richards, born about 1510 and who was a retainer of the Earl of Lincoln.  At the end of his service, the Earl appointed him Vice Admiral of the Isle of Wight.  German  moved to the Isle and married Alice (Alyc) Rice, the window of Henry Squire.  They lived in a house next to the church in Brading and Germain Richards sold beer to the sailors in  a nearby  seaport.

German became a wealthy and bought Yaverland, a large estate from Richard Conigsby.  Germain Richards and Alice Rice had 3 sons:  Edward, John, and Germain, and 4 daughters:  Maria, Barbara and two I still I trying to identify (I think one may be Ann and the other Joan, but I cannot find documentation.).  German died in 1567 and was buried on the north side of the church in Brading.

German Richards ‘s will is on line at Ancestry.
However, my mastery of old handwriting is less than good.  Fortunately, the  will has been abstracted as follows:
5 August 1567
“1) To be buried on North side of Chancel of Brading church
2) To Alice my wife, the desmesnes (land)  of the Manor of Yaverland as well that is purchases as what I hold during her widowhood. (as widow of Henry Squire), with 500 weather sheep and 200 ewes, 17 kine and bull, 16 oxen and 2 carts to have utter (Mother) Rowborough to summer her young cattel and oxen.
3) To every one of my daughters, £60 over and above their grandfathers (Thomas Rice) his legacies.
4) To Richard and John my sons, 20 nobles
5) To my brother Morgan's wife, a ring
6) To my brother George shall have a lease made to him for 40 years for so much of the parsonage at Brading as he now occupieth, for my part paying the accustomed rent as he did before.
7) Edward my son, sole executrix.”
(http://wc.rootsweb.ancestry.com/cgi-bin/igm.cgi?op=GET&db=sue1211&id=I7458)
Wills are often a treasure trove of information and that is true in this case.  The will adds information as to his family members  that is not available from other sources:  two sons:  Richard and John; and two brothers:  Morgan and George.  So now there are other people for me to explore.


I have lots of questions to ask German, if only I could.  I would like to know who his parents were and where he was from.  What were his daughters names?  Also, what he did as a retainer for the Earl of Lincoln.  How much did he pay for Yaverland?
Posted by Mary at 3:00 AM No comments:

#30--Nathaniel Fisher--Do You Know What Time It Is?

A couple of weeks ago I blogged about Abiathar Richards and his shoe company and in another blog about my grandmother’s and grandfather’s wedding.  In gathering information for both those blogs, the name Fisher came  up.  That got me interested in the Fishers, particularly who they were and how they fit into my family.  I knew that The Fishers, like the Richards, were an old Dedham Massachusetts family.  Further, Nathaniel Fisher was described as a cousin of Abiathar Richards.    Looking at my Richards’s tree, I discovered Abiathar Richards’s  father, Ebenezer Richards, and Nathaniel Fisher’s mother, Lavinia Richards Fisher,  were brother and sister.  In 1803 Lavinia married  Paul  Fisher.  Among their three children was Nathaniel Fisher, born in 1818.  Nathaniel married Mary Ann Woodruff in 1845 and with her had nine children.

Now that I had the relationships, it was time to find out more about Nathaniel Fisher and his family.  Ancestry.com and several web pages provided just what I wanted to know.  As I pulled the information together, this is what I learned. 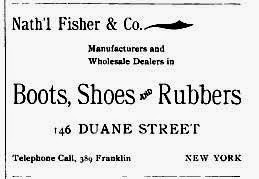 The company manufactured and sold ladies’ and misses’ boots and shoes.  Prior to Nathaniel Fisher’s death on December 9, 1880, he was joined in his company by two of his sons----Irving  Requa Fisher and Nathaniel Campbell Fisher.

For many years the company was located at 146 Duane Street in New York.  Even though the building was badly damaged by fire in 1864, the iron façade  survived and the building was renovated. 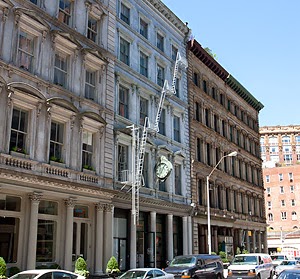 While the façade is notable for its arches, its most striking feature is the large ornate clock.  I understand that in the Victorian era, such clocks were a common form of advertising.  If you look carefully at the clock, you can see the Nathl   Fisher & Co,  engraved on it. 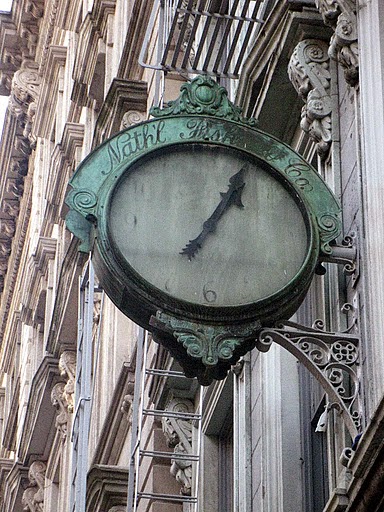 Nathaniel Campbell Fisher died in 1923 and his brother, Irving Requa Fisher, in 1925.  Despite their deaths, the firm continued doing business at the same location until 1953.

#29 Abiathar Richards --Do You Have a Glass Slipper? 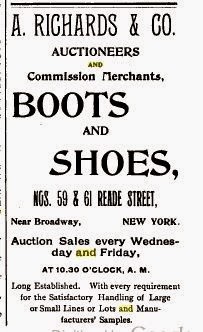 Last week I was trying to learn a little more about my great uncle, William Fisher Richards (Uncle Bill).  I had previously downloaded his mother’s, Mary Jane Richards, will from familysearch.org and thought I might some useful information in it.  In that will, his mother left her shares in the A. Richards & Company to her two sons.  I had never heard of that company.  I was now off on what my friend Deb calls “Over there is something shinny—follow it” to describe going off and exploring something that you did not intent to explore when you started out.

I knew that Abiathar Richards (See #1—Abiathar Richards), Mary Jane’s husband, was in the shoe business and the census of different years lists his occupation as either shoes or auctioneer. I did not know how those two things fit together, but when I googled “A. Richards & Company,” I found several articles about the company.

As I put them together, the following history of that company emerged.  Abiathar’s older brother, Abner moved from Dedham, Massachusetts to New York City in 1840 and worked as a clerk in his cousin’s, Nathaniel Fisher’s shoe company.  In 1845, Abner began working for J. D. Ingersoll.  When Ingersoll retired in 1853, the company name was changed to Richards and Whiting.  In 1863 Abiathar Richards joined the firm and the name was changed to A. S. Richards Shoe Company.  When Abner died in 1887, the name of the company became the A. Richards & Company with Abiathar as the president. 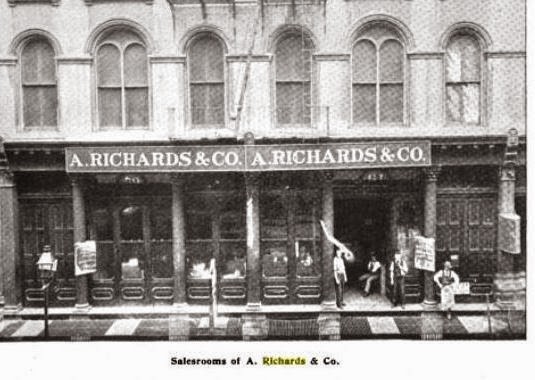 The company was located at 59 and 61 Reade Street, New York, New York.  Shoes were sold directly to dealers nationwide with specific men being in charge of certain areas of the company.  In addition, the company also held shoe auctions every Wednesday and Friday.  The following article clears up whether or not Abiathar was an auctioneer or a shoe merchant. 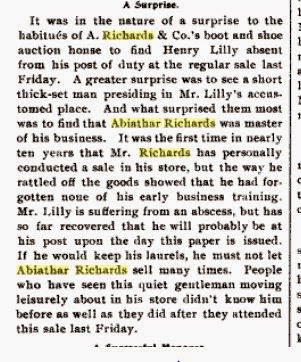 Evidently he was both.

After Abiathar Richard’s death in 1905, the company was run by his two sons, Chester Richards and William Richards.  The last mention of the company that I can find was in 1919.

Of  course, I have some questions that I would like to ask Abiathar.  I would like to know whether or not he moved specifically to New York to work for his brother in the shoe business, where he got the shoes that he sold, and which he enjoyed more:  being an auctioneer or a shoe merchant.