#16—You Have More Mail—Linda Criado Richards

Several weeks ago I blogged about my Great Uncle Chester Richards (#13—Mail for You—Chester Richards) and the post cards he sent to his family.  However, Chester’s wife, Linda, also sent cards.  Naturally, those cards were kept and are the basis of this post.

I believe that these post cards are from the same trip as at least one card is from the same location, Egypt.  The bottom of the card reads “Hotel Mana House at pyramids.”    With a quick online search, I found that the hotel still exists.  According to its website, it is located on 40 acres of gardens and in view of the Great Pyramid. 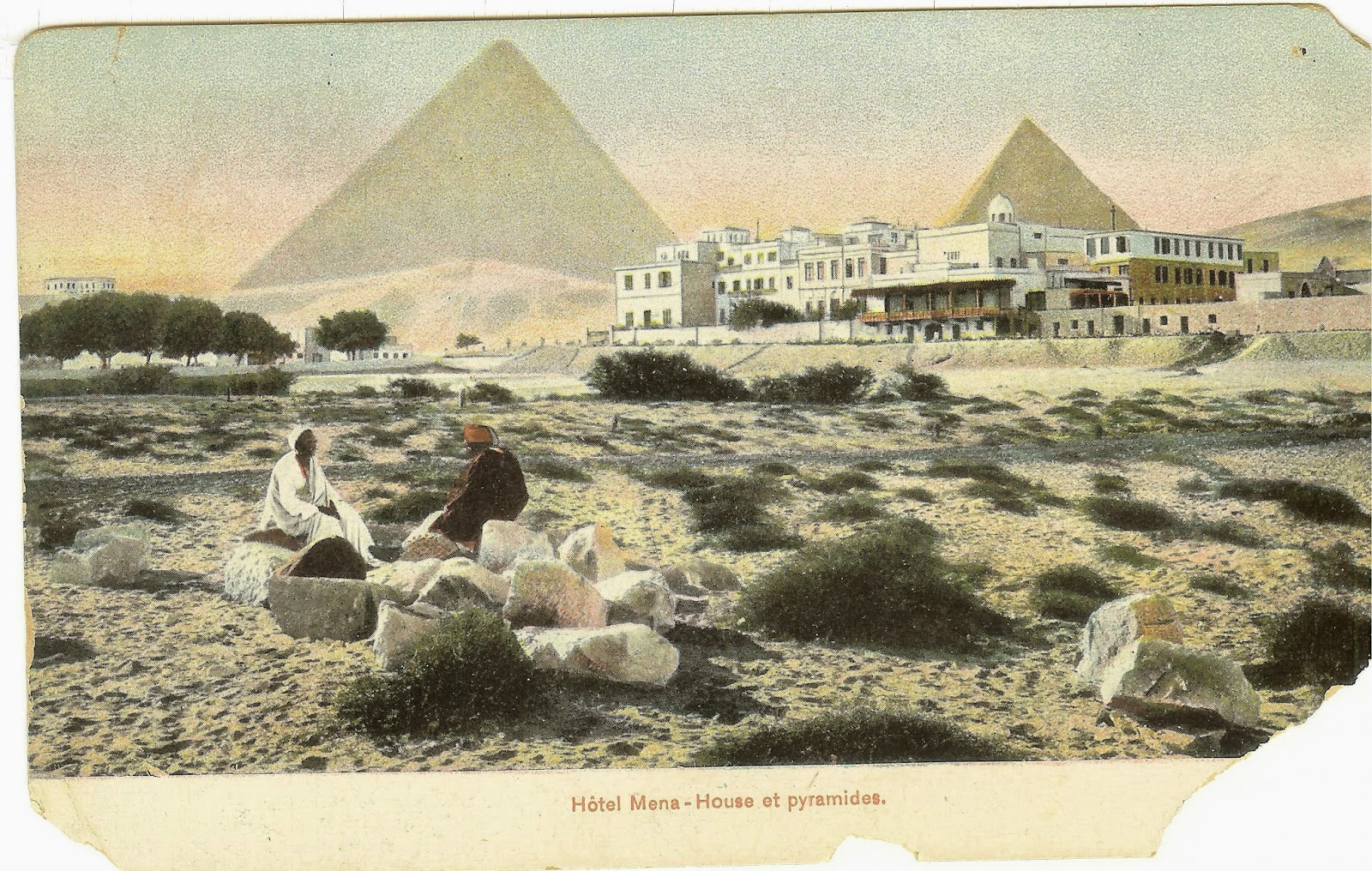 Here is the next one. 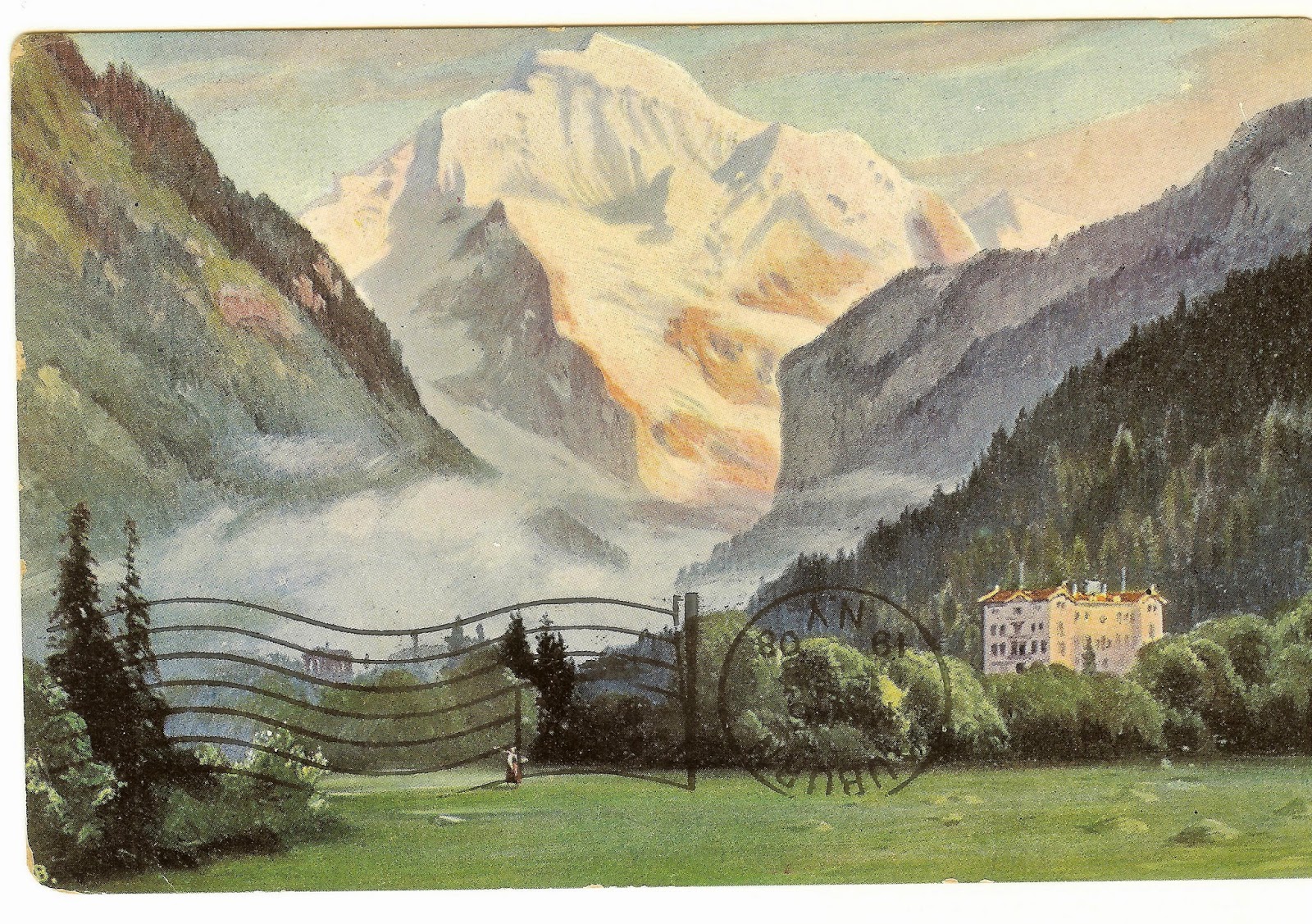 April 28  Lucerne
Chester and I both well.  In such a hurry to catch a boat and then a train as we will be going up Mt Riga,
Love to all,
Linda


I love to travel so I would have these questions for Linda.  What was your favorite place?  How long were you gone on this trip? 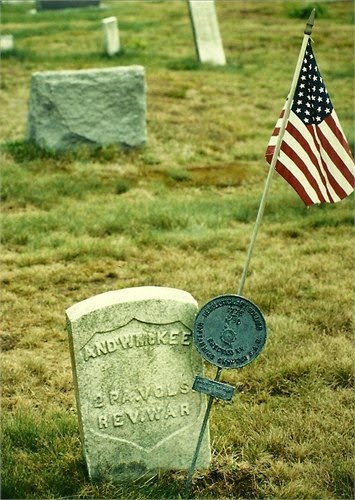 Each Memorial Day, because he fought in the Revolutionary War, the boy scouts in Armstrong County, Pennsylvania decorate my 4th great grandfather, Andrew Mckee’s (1747—1833) grave.  Since that will happen this coming weekend, I thought I would blog about him.  Born in Ireland, Andrew immigrated to America and settled near Chester, Pennsylvania.  While there he married, Mary Bamford and with her had eight children.

Andrew McKee enlisted in March 1776 in Cumberland County, Pennsylvania.  According to his pension application, which can be obtained from the National Archives, he served in Captain Robert Adams' company, Colonel Irvin's Pennsylvania regiment.   He enlisted again in June of 1780 for 18 months in Capt. Ziegler's Pennsylvania Company,  Col. Stewart's regiment.  I was surprised that he was involved in battles that I had read about in my American history classes.  He was at the Battles of Three Rivers in Quebec Canada, where the Patriots were defeated by the British forces.  He also was at Saratoga where British General Burgoyne surrendered.   Further, he was present at the surrender of Cornwallis at Yorktown, a battle that ended the Revolutionary War.

After the war, Andrew and his family moved to western Pennsylvania, first in Washington County, and then in Armstrong County.  Because of his infirmities and advanced age, he applied for and received a pension from the government.  Andrew died in June 18, 1835 and is buried in Union Cemetery, Cowansville, Pennsylvania.

If I could talk to him, I would want to know about his experiences in the war.  Why did he enlist?  Where was he in those battles?  What was his reaction and those of the other soldiers when Cornwallis surrendered?  How did his wife and family cope when he was away.

Email ThisBlogThis!Share to TwitterShare to FacebookShare to Pinterest
Labels: McKee

I come from a sentimental family—we keep lots of things.  Postcards are one item that we keep, both those bought to remember a trip and those received from friends and relatives. When I cleaned out my parents’ home, I found a box of postcards, most dated from the 1900’s to 1930’s.  So I added them to those my parents and I had,  and there was quite a collection.  Some had messages on them, others did not.  One set of cards that I found particularly interesting was from my great uncle Chester Richards (1867--1940) .


In 1908 Uncle Chet and his wife went to Europe.  I have cards he sent to his brother, his sister and his aunt.  The first card is from Cairo, Egypt and is of the Shephard's Hotel. 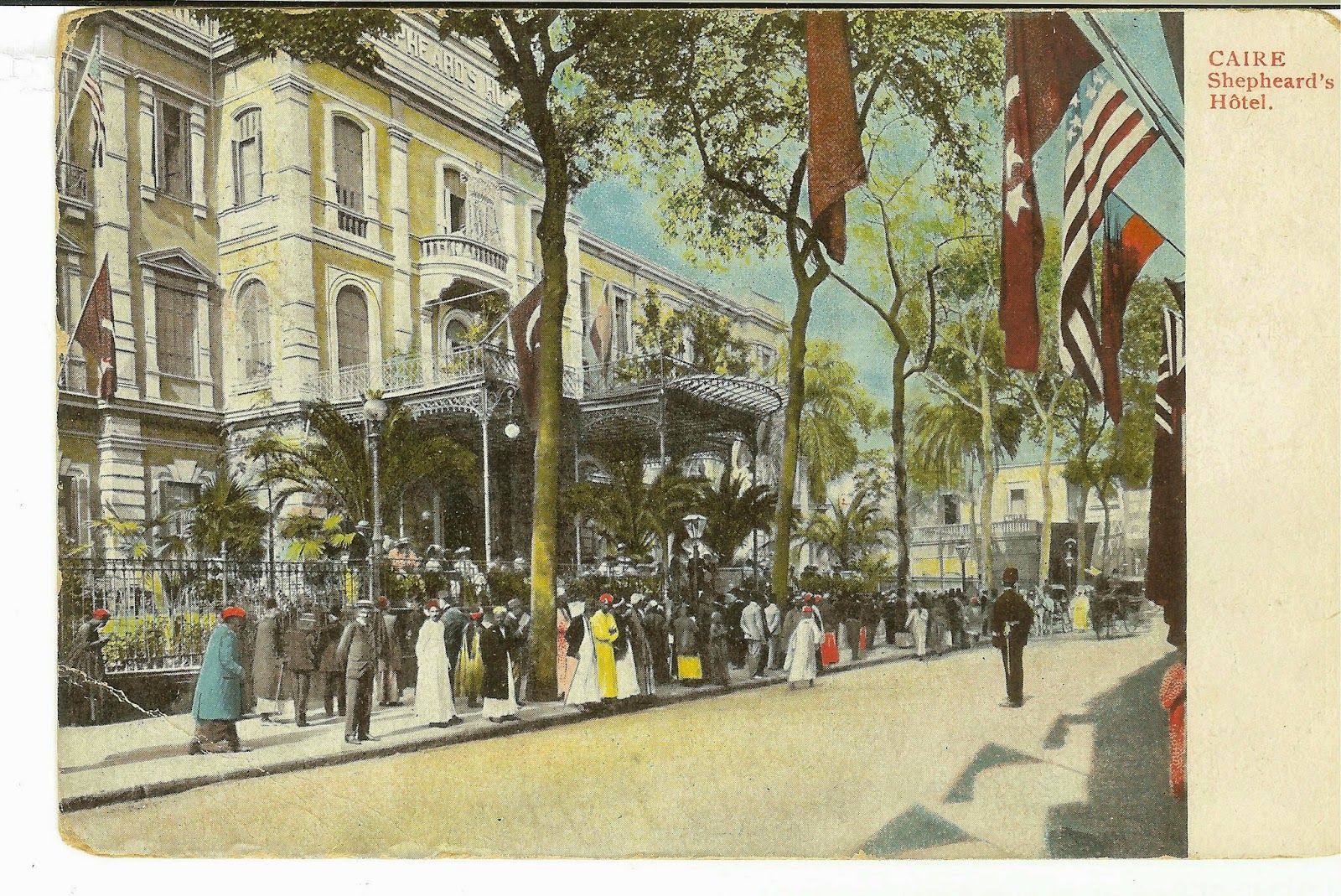 Much going on here all the time.  Leave Sunday for Constantinople.
With love,
Chet


The second one goes with the first as it is from Constantinople. 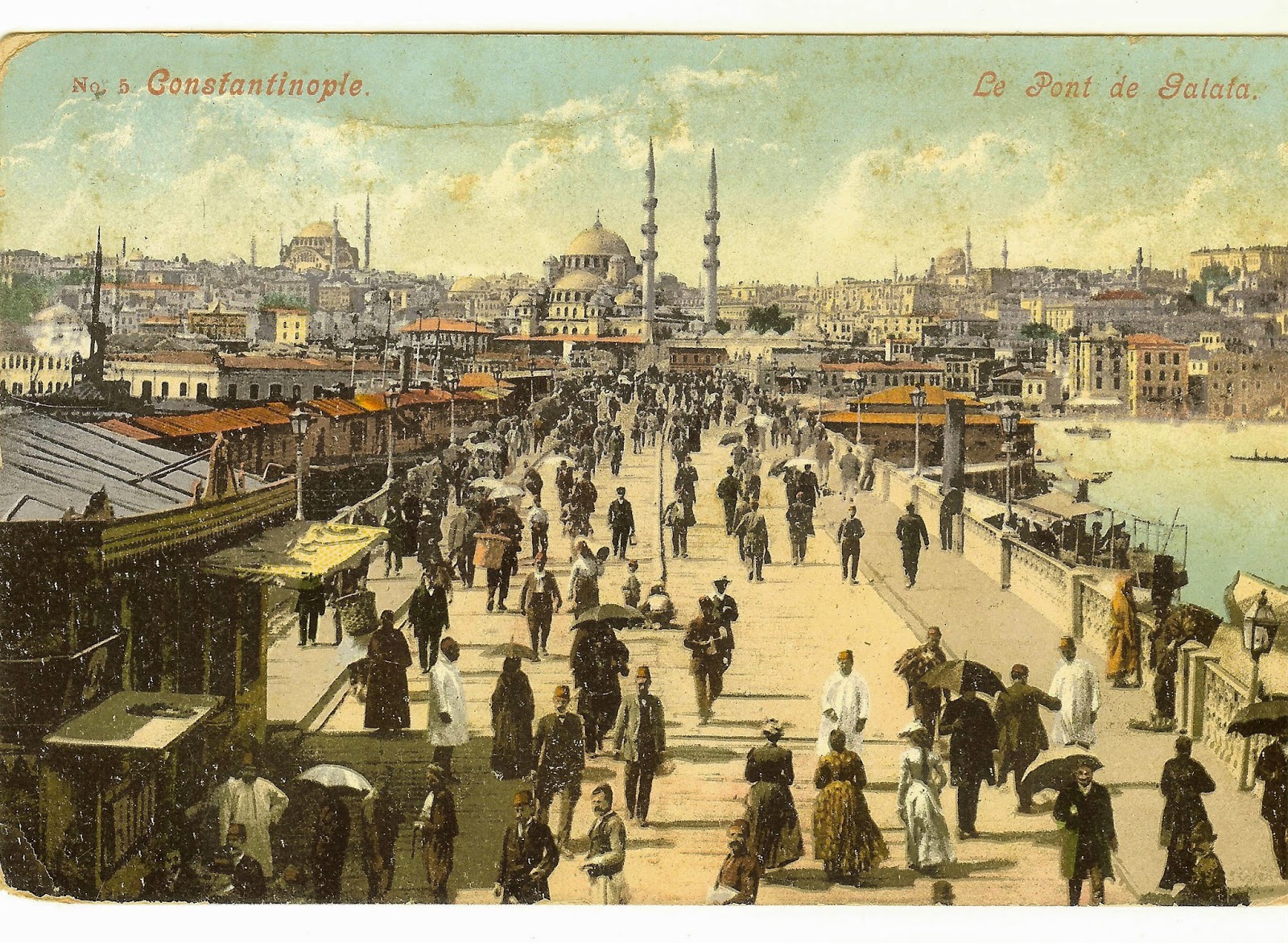 Arrived here today.  Was on the water 4 days from Alexandria.  Terrible ??? but the weather was fine.  Much love,
Chet

I am not sure where the following fits in the trip, but here is one from Rome: 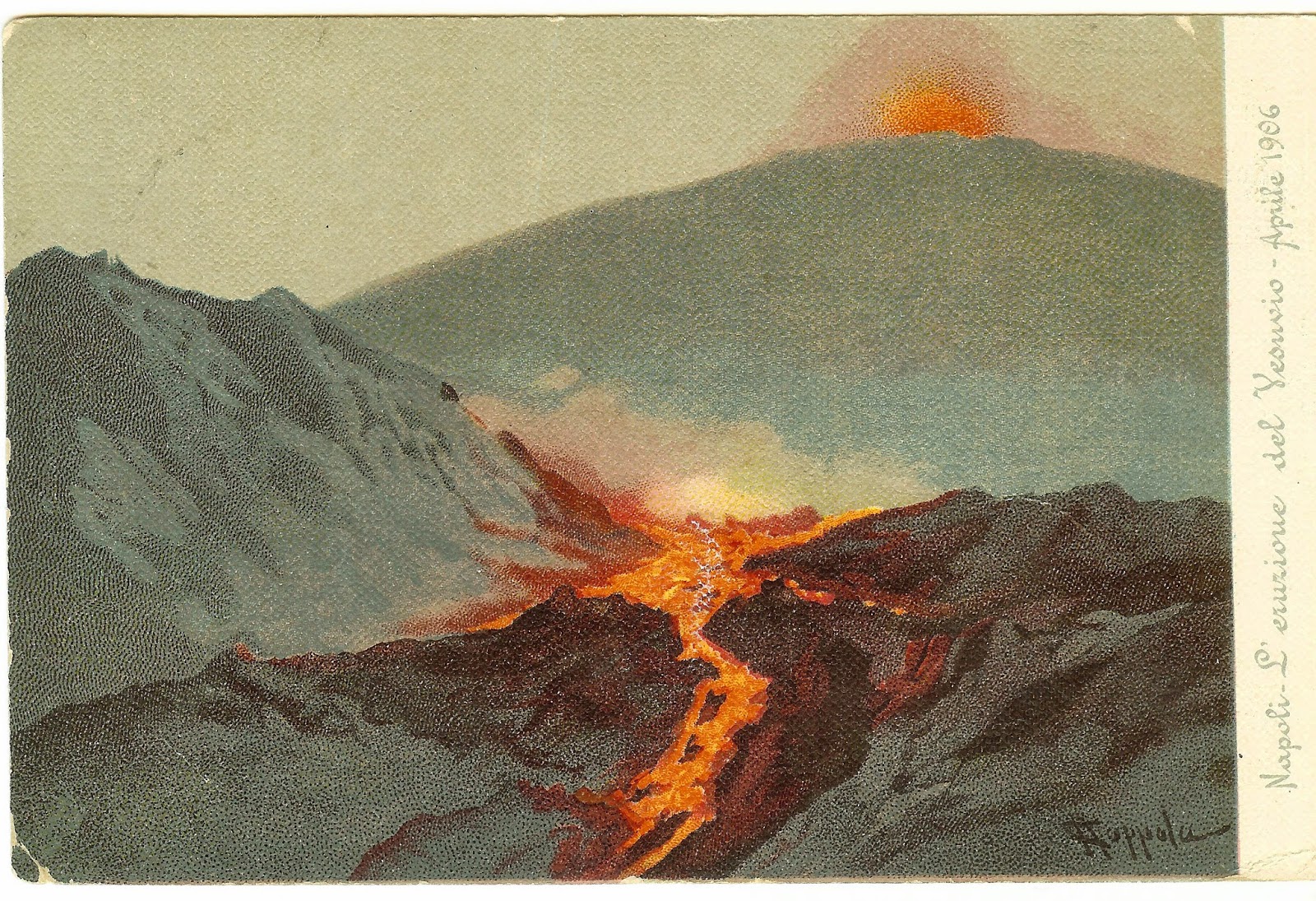 I would love to more about this trip.  Where else did they go?  How long were they gone?  How did they get from place to place?

Where would you like to go?  Click on Comments and add your places.
Posted by Mary at 6:02 AM No comments:

For Mother’s Day, my college roommate, Faith, told me that I should do something about mothers.  While that was not what I was planning to do, it seemed like a great idea.  Thanks you, Faith.

I decided that Marie Huelster  Eitelbach, my great grandmother,Oma, would be the focus of this blog. (See #7--The Picture on My Wall--Louis Eitelbach, for some more information.).  After all, she raised six sons, and I had some great old pictures of her that I could to use.  The first and third pictures I was sent by a cousin, who I met on Ancestry.

Briefly, Maria was born in 1865 in Schmallenberg, Germany.  She was one of five children of Johann Huelster and Franzisco Monig.  In 1896, she and her husband, Louis along with their three oldest sons, came to the United States.  They had three more sons after they arrived.

This first picture shows her as a young woman. 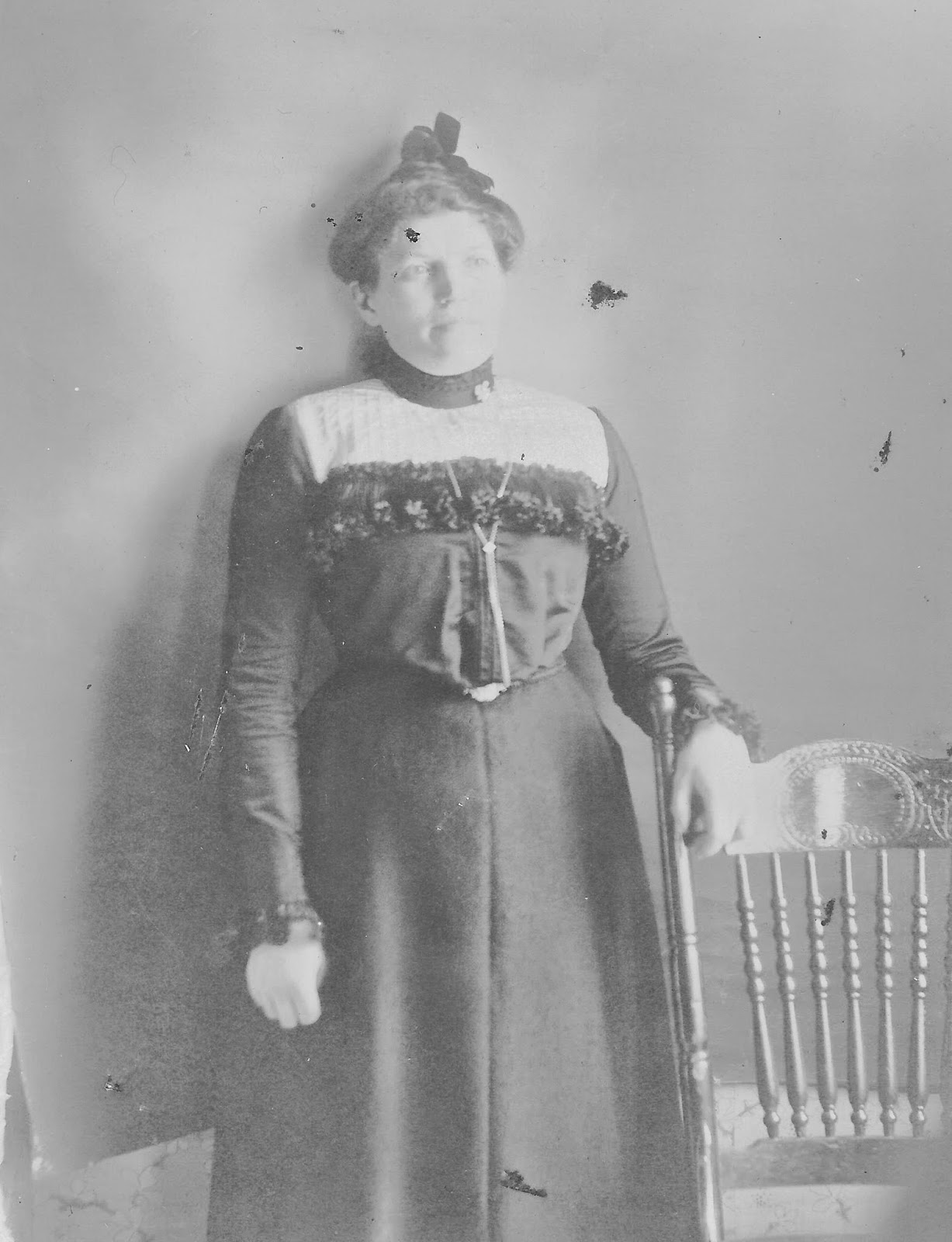 I am not sure of the date of this, but I would guess maybe sometime in the 1920's. 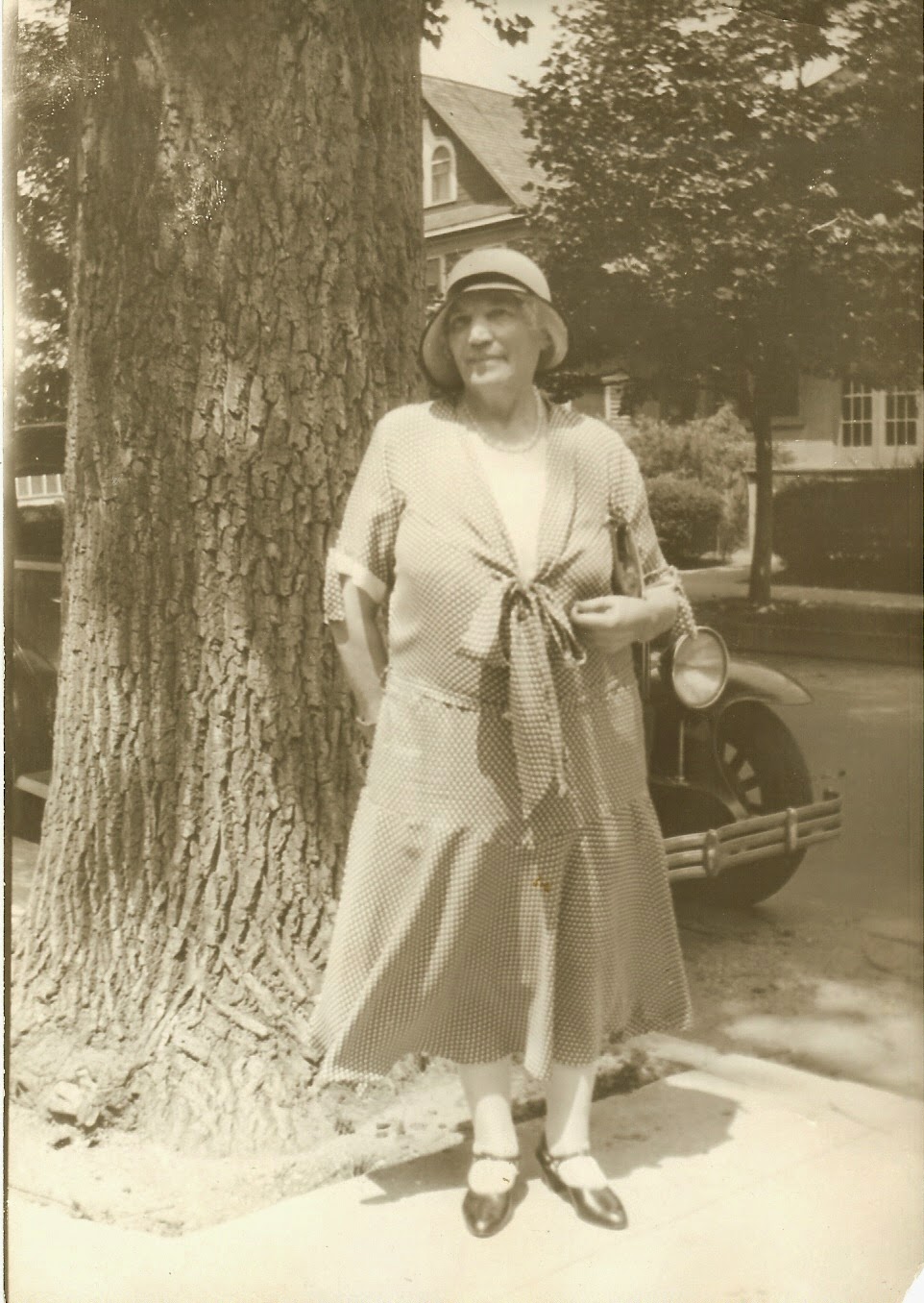 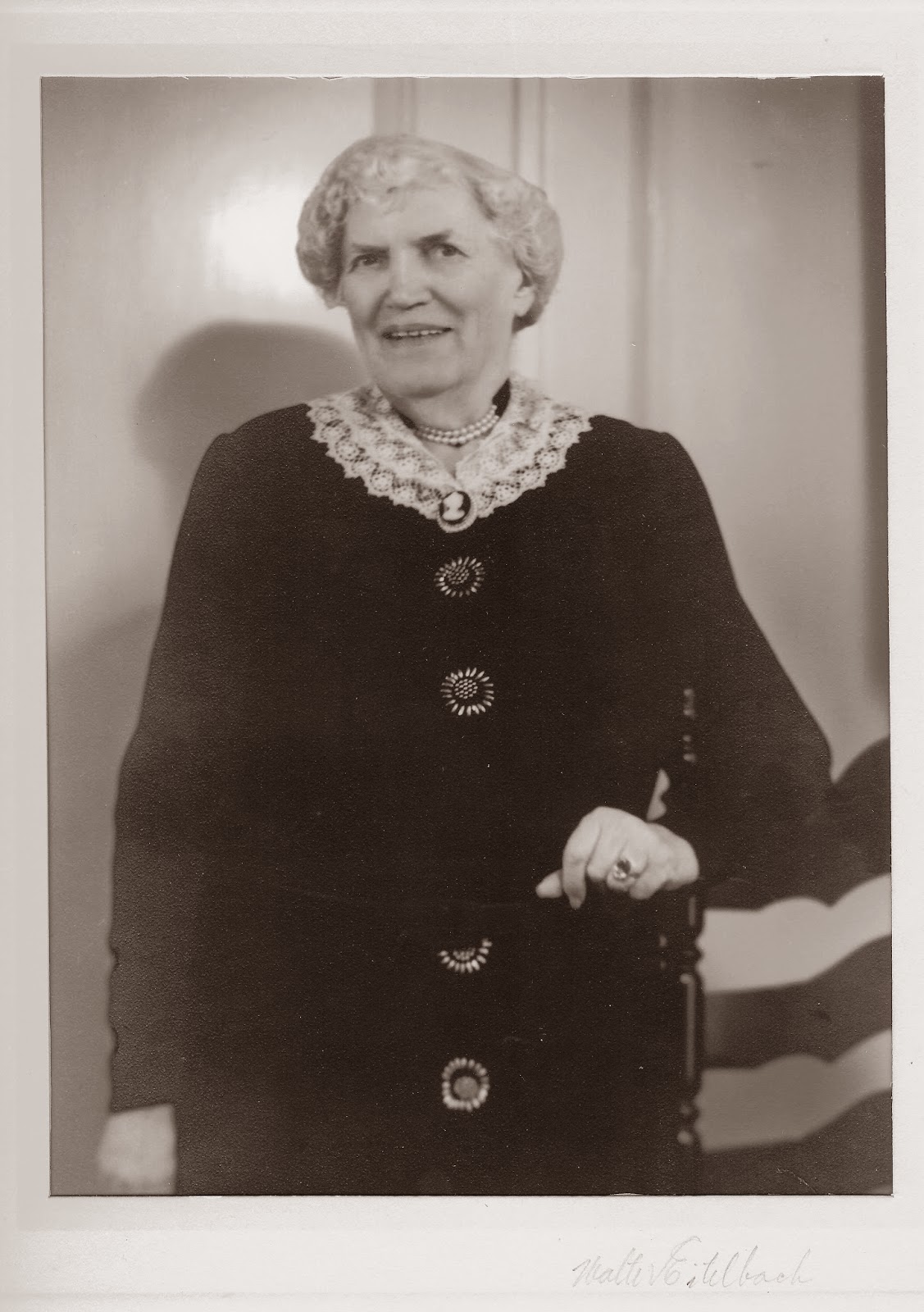 This last one shows Oma holding me when I was a baby. 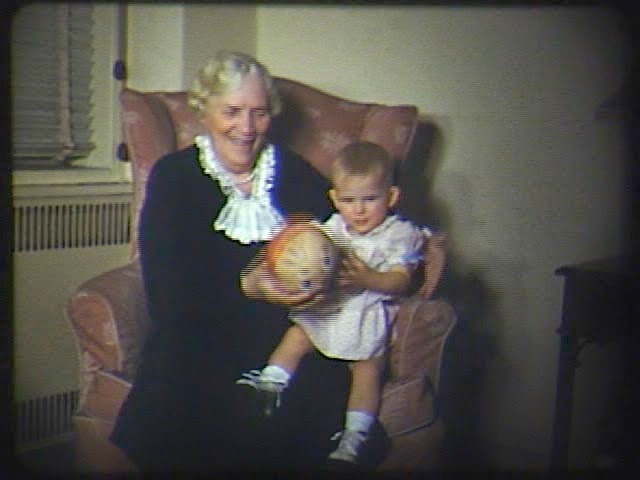 I do not remember much about Oma, but I would like to be able to talk to her.  If I could do that, I would like to know what it was like to deal with a family of six  boys.  Did she have any particular was to manage them.  What advice would she give to a woman about child raising.

What questions would you ask her?  You can put them in the Comments Section.