When I was growing up, we lived near Green-Wood Cemetery in Brooklyn, New York.  That was in the era when families went for a car ride after Sunday dinner.  We often did that, and one of the places we visited was Green-Wood Cemetery, which was very close to where we lived.  Green-Wood was one of the first “rural” cemeteries, built in the mid 1800’s.  As a rural cemetery, it was constructed with lots of winding roads, trees, bushes, and several lakes.

We always visited out family plots.  First, we would go to the Hannah plot where my grand-parents were buried.  Often we would then go to the Richards lot.  My father always said you found it by driving down the outer drive of the cemetery, and stopping at the tomb of the vaudeville player with the banjo, parking the car and walking down the path to the right.  The Cochrane lot was on the other side of the road in a very quiet spot.    I think one of the reason I became interested in genealogy was because I was curious to know more about the people who were buried in those lots. 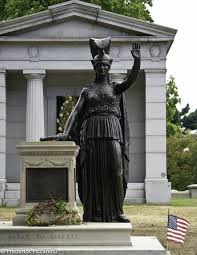 Two years ago I had the opportunity to take a tour of Green-Wood, which showed me aspects of the cemetery that I did not know about.  On one of the highest points in the cemetery, we saw the Altar of Liberty.  Here there is the Goddess Minerva, with her arm raised, facing the Statue of Liberty as if saluting her. 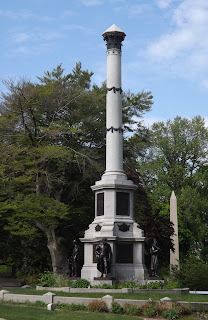 Slightly down the Hill is the monument to those who fought in the Civil War.  The monument is 35 feet high.  There are plaques on all four sides, which contain inscriptions.  Most impressive to me are the four life-sized statues of represent the four branches of the military:  infantry, cavalry, artillery and engineers.


As we drove through the cemetery we saw a number of mausoleums.  Some of them contain the remains of people you may know—like Charlies Feltman, the inventor of the hot dog or Henry Steinway, the piano manufacturer. Many of these mausoleums have stained glass windows, statues, and furniture in them.  One even has heat!


We also saw the graves of famous people like Louis Comfort Tiffany, and Leonard Bernstein to name a few. 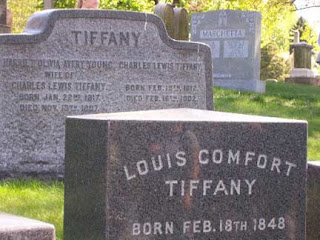 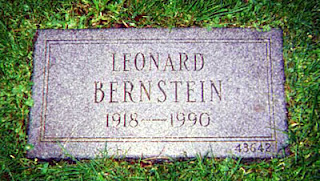 I was particularly struck by the beauty of the statues that adorn various graves.  The ones that appeal to me the most of those of angels.  Here are three of my favorites.


Should you ever be in New York City, I would highly recommend a visit to Green-Wood Cemetery.  They have regularly scheduled tours--you will learn a great deal about the cemetery, but also enjoy a beautiful setting.