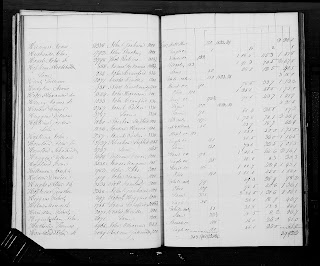 Pretty soon, it will be time to pay your taxes.  What an appropriate theme for this week’s challenge.  Several weeks ago I discovered that Family Search had the tax records on line for Brown County, Ohio.  Taxes were paid on land that was owned.  The records are accessed through the catalog.  While they are not indexed, the tax records are organized for each year alphabetically. 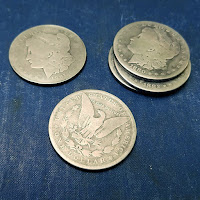 My 4th great grandfather, James Hannah lived in Brown County so I was anxious to see what I could find.  The records indicate not only what the person paid, but also the water course the land was on, and who the original owner of the land was.  With the exception of 1825, I was able to find him in the records from 1820 to 1827, the year before he died.  From 1820 to 1824, he lived on land originally owned by John Graham.  The taxes for 1820 through 1823 were $1.10, but in 1824, they were $2.40.  While the writing is not too clear, it looks like he lived on Bull Stream on the Ohio River.  Unfortunately, I cannot find Bull Stream on any map.

In 1826 and 1827, he lived on land that originally belonged to Callohill Minnis on Three Mile Stream.  The taxes for the first year were $.13 and $.33 for the second year.  An additional piece of information was that he owned 15 acres.  I do not know why his taxes for 1825 were missing.  I looked for his name several times as well as the names of John Graham and Calllohill Minnis.  My only thought was that he had sold his land on the Ohio and had not yet bought the land on Three Mile.

I wish I could ask him where that land was exactly and why there were no taxes for one year.  It also looks like I have a little more work to do, specifically looking at land sales for 1825 and finding out what happened to his land after his death.  Also finding a map of the original owners of that land would be helpful..