#114--Were the Eitelbachs in the Census or Not? 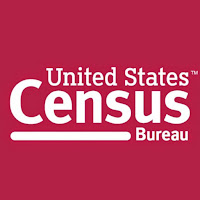 What did you find that was interesting in the census is the theme for this week.  However,   I decided to take different tack on that and blog about who I initially could not find in the census.

The census is a wealth of information.  You can learn who lived in the house, how old people were, their occupations, etc.  For the 1930 census you can even learn if they had a radio. However, learning all that depends on being able to actually find the person or people you are looking for in the census.  It should be relatively easy these days.  Both Ancestry and Family Search have searchable indices,

which should identify people who match your search criteria.  That, of course, all depends on the person being accurately listed in the census and transcribed into the index.

My grandparents’ last name was Eitelbach, a good German name and unfortunately for me one that can be misspelled or mistranscibed in many different ways.  As I began to gather together census information for them, I found my grandfather, Walter, living with his parents in the 1900 census.  He married in 1908 so he and his wife should have been in the 1910 census.  No such luck—no Walter or Regina Eitelbach.  With a little creativity  I found them—Walter and Regina Citelbach, victims of handwriting extending into the line above.  It did not get any better in the 1920 census.  Now they were the Latelbaths.  In the 1930 census, the name was spelled correctly, and made my life easy.  By 1940, they were the Bitebachs.

When I could not find them, what did I do?  I changed my search criteria.  I used first names only, years born, where I thought they lived, etc.  For the 1940 census, I knew who lived next door so I
search for that family.

If I could talk to them, I would be interested to hear how much difficulty the spelling of their name caused them.  Was it generally a problem or just in the census?
Posted by Mary at 10:24 AM