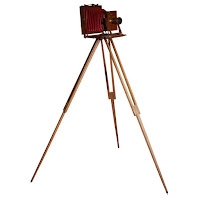 This week’s theme is easy.  For me an easy thing to do is to assemble some pictures around a theme.  So I decided to use some pictures that I have from my collections and from my cousin, Anna.  They are pictures of the children of John Wesley Hannah from the late 1800’s.  Anna discovered a scrapbook when cleaning out her grandfather’s house and it was filled with wonderful pictures.  Not all the pictures were labelled, but we sent the pictures back and forth until we were pretty sure who the people were. 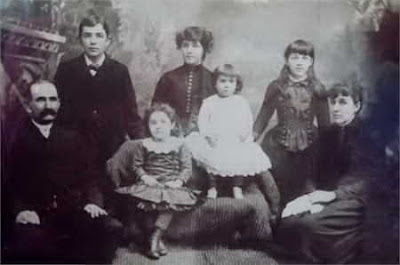 The first picture is a picture is a formal posed picture of John Wesley and Jennie (Willey) Hannah and their children.  Capt. John Wesley Hannah is on the far left, next to him is his only son, William Hannah, then Marinda Hannah (DeArmond) , Gertrude Hannah (Turner), Cora Hannah (Parke),  Anne Charlotte Hannah (Ross), lastly, Jennie Sophia Hannah.

The second picture is of William Hannah in his military uniform from Wentworth Acaademy.  I believe it was a school picture for the yearbook. 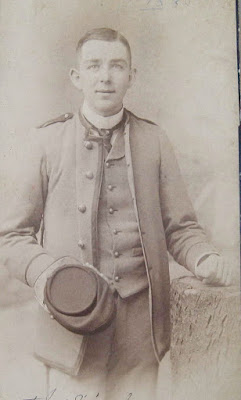 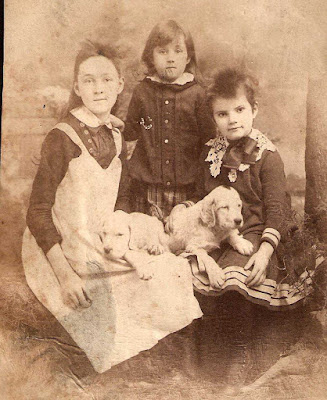 This is one of my favorites.  Someone evidently got a pair of scissors and gave some hair cuts.  From left to right they are Gertrude, Tim and Toots.  Marinda and Cora, I believe did not like their names so they changed them to Tim (Cora) and Toots (Marinda) and they were known by those names until the day they died.

Growing up a little, here is one of William with his two sisters, Gertrude and Anne. 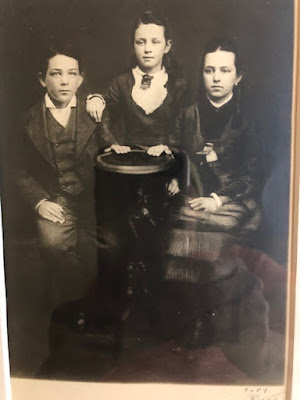 Lastly, I have one of Tim and Toots as teenagers.  I love their blouses and their ties. 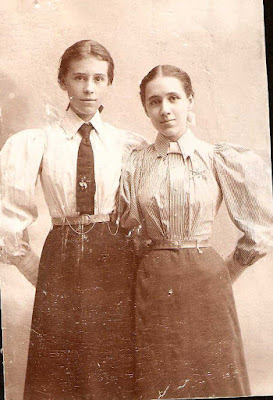 I would to talk to all of these relatives to find out what they remember about the pictures.