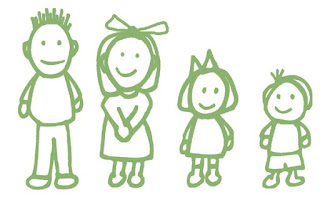 This week’s theme is youngest.  I decided that I would blog about my great grandfather’s youngest sister, Catherine, as I knew very little about her.

Catherine was born on October 2, 1836 to John M. and Charity (Mears) Hannah.  Catherine was their youngest child and their sixth daughter.  Catherine had three older brothers—George Newell Hannah, Oliver Hannah, and John Wesley Hannah, and five sisters--Sarah Ann, Nancy, Elizabeth, Albertine, and Mary Sayres.  When Catherine was six, her mother died.  Since her father did not remarry, I suspect that she was raised by her older sisters. 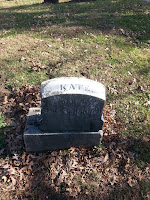 On July 25, 1855 Catherine married William S. O’Hair.  In the 1860 census William is described as a farmer with real estate valued at $8000.00 and person property valued at $2000.00.  Living with them was a 7 year old girl, named Margaret E. Devers.  I cannot determine why she was there.  There are indeed Devers in Edgar County, but could not figure out what her relationship was to the O'Hairs and none is listed in the census.  Ten years later, in 1870, William S. O’Hair was described as a stock dealer with real estate valued at $2500.00 and property valued at $6475.00.  William also served as the sheriff as Edgar County.  Catherine died in 1870.  She is buried in the Hannah Family Plot in the Edgar
Cemetery in Paris Illinois.

I still do not know much about Catherine.  I would like to know if she went to school, how her brothers and sisters treated her, what it was like to be married to the sheriff, and who Margaret Devers was.  I also am curious about why she is buried in the Hannah cemetery plot and not her husband's family lot.