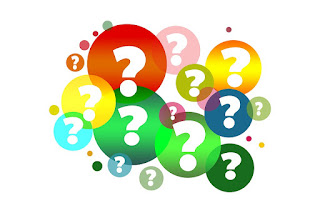 I have been researching my Hannah line for a number of years.  Last Fall I became interested in several men with the last name of Hannah who appeared in the census in Brown County, Ohio.  After all, Hannah is an usual last name.  So I thought it might be worthwhile to see who these men were and if perhaps they had some relationship to my James Hannah.  Briefly, James Hannah was born in Ireland, came to the United States after the Revolutionary War, settled in Armstrong County, Pennsylvania, and then moved to Brown County, Ohio.

The first Hannah that caught my eye was Thomas Hannah.  I was reading all the names that appeared on the same page for the 1820 census for Brown County as my James Hannah and found a Thomas Hannah.  In the 1820 census, he was over the age of 45, living with a woman of a similar age, presumably, his wife and a girl under the age of 10.  I was particularly interested in him as a Thomas

The second Hannah I investigated was Alexander Hannah.  According to the Hannah Genealogy Wiki he was born in about 1786 in Hartford, Maryland.  On September 14, 1813  in Clermont County, Ohio. His parents are not know.   He married Nancy Ross in Clermont County, Ohio on September 14, 1813.  They had five children, one of whom was named Alexander.  Alexander appears in the census records for Brown County for 1820, 1830, and 1840.   The 1850 census confirms that Alexander was born in Maryland, but indicates he is now living in Illinois.  Since Alexander seems to have no connection to Pennsylvania where my James settled, I do not believe he is related to my
Hannahs.

I would like to talk to each of these men to learn more about them.  I particularly would like to know if they had any idea if they might be related to James Hannah or if they knew him.