#130 John Richards--Close in Location, but Far Away in Time 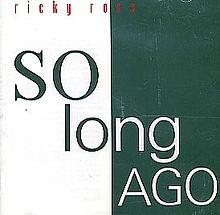 The theme for this week is far away. It could be interpreted in several ways, so I decided that I would interpret it in terms of time and blog about an ancestor who lived a long time ago, Nathaniel Richards, who was born in the 1600’s.  I have previously blogged about his father, Edward Richards and his brother, John Richards.

Nathaniel Richards, the second son of Edward and Susan Hunting Richards was born on January 25, 1648/49 in Dedham, Massachusetts.  On February 21, 1678/79 he married Mary Aldis, daughter of Deacon John and Sarah (Elliot) Aldis.  Nathaniel and Mary had eight children.

Nathaniel first appears in the Dedham Town Records when he received “ten shillings for killing one wolfe” (Vol 5, p.36).  Three years later, Nathaniel along with 21 others was fined 16s 8p for “sitting disorderly in the meeting house (Vol 5, p 72.  In In 1679, he was fined 2 shillings for defects in his highway work. 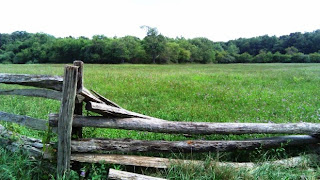 Nathaniel served in the town of Dedham in several ways.  In 1681/82, and 1882/83, 1685, 1689 he was appointed to view fences.  Both John’s father, Edward, and his brother, John, were fence viewers so I was interested in finding out exactly what this job involved.  After a quick search of the web, I learned that fence viewer is one of the oldest appointed positions in New England.  The viewer’s job was to make sure that fences were maintained properly and to settle disputes over property lines when a person believed that his neighbor’s fence was on his property.  .Nathaniel was also elected constable and collected taxes from the town’s property owners. In 1700 and 1705 he laid out roads. 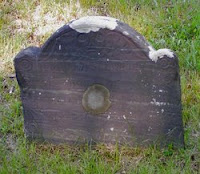 In his will, he gave his wife all his silver money, the use and improvement of all his housing and lands during her life.  He gave land to his sons, Nathaniel, James, Edward, and Jeremiah.  His son Edward received his homestead.  Each of his daughters received 100 pounds.  Whether or not he believed that some of his children would not be pleased with their inheritances I cannot tell, but he did instruct that anyone who objected would be cut out of his will.