#22 Just Who Were the Rogers Girls? 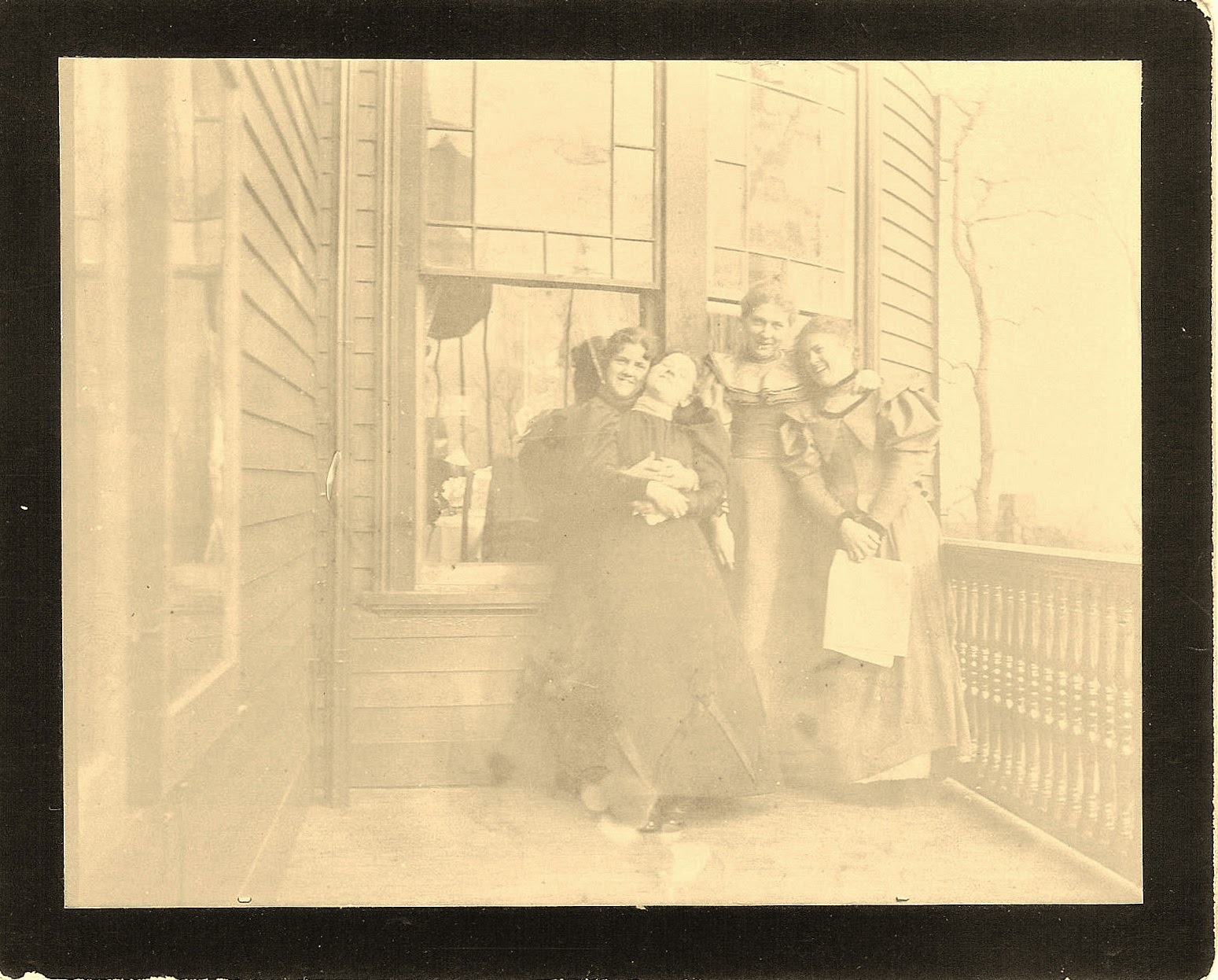 A couple of weeks ago, I blogged about some pictures of my grandmother, Gertrude Richards, with her friends (#19 Gertrude Richards—Who Are These People).  One of the frustrating things about those pictures was that none of the other girls were identified.  Who they are remains a mystery.  However, there was one picture was labeled—“Rogers Girls with Gertie Richards and Sally Morse.”  I cannot tell where the picture was taken, but I am pretty sure it was not in New York City.  Now I know that Sally Morse and my grandmother were life- long friends.  In fact, I remember Aunt Sally from when I was a young girl. However, who the Rogers Girls were was a mystery, just waiting to be solved.

Remember, I come from a family that does not throw out things that have sentimental value.  When my grandmother was married, she kept a little book listing the present she received, the giver and the address.  I thought that if the Rogers were good friends, they may have given my grandmother a wedding present.  I check the book and sure enough, she received a gift from them.  Their address was listed on Beacon Street, Brookline, Massachusetts.  That address was about all I needed.  Putting what information I had into Ancestry, gave me several census listings.  I started with the 1900 census because if my grandmother got married in 1902, the Rogers probably were living in Brookline in 1900.  Looking at several listing, I found Alice and Ethel Rogers living with their parents, George R. and Jennie M. on Beacon Street.   Using the census, I was able to trace both Alice and Ethel in Brookline through 1940.  Neither sister married.  According to Billion Graves, Alice died in 1958 and Ethel, in 1959.

One mystery remains?  How did my grandmother who lived in New York City become friends with The Rogers  in Brookline.  My best guess is that they may have been cousins.  My great grandfather, Abiathar Richards, was from Dedham so it makes some sense that my grandmother may have been related to them.  However, I have yet to be able to prove that.  If I could talk to my grandmother, I would want to know how she knew the Rogers and where the picture was taken.