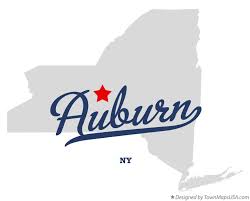 My great aunt, Anne Hannah, married Charles Ross and moved from Butler, Missouri to Auburn, New York.  When her father, John Wesley Hannah (1839-1899) died, her brother William and her four sisters, also moved to Auburn.  William married Gertrude Cochrane, who came to Auburn to visit her cousin, Lucy Pingree.   My father and his sister were both born in Auburn.  They lived at 187 Genessee Street with William sister, Anne Hannah and her husband, Charles Ross.

Auburn is in upstate New York, in the Finger Lake Region, more specifically on north end of Owasco Lake.  I have never been to Auburn, but it occurred to me that I could use Google Earth,
Goggle Maps, and Google Images to learn about Auburn and see what it looked like.

I started by going to Google Maps.  I put Auburn, New York in the search box and when the map came up, I started at Genesee Street and South Street, and drove down South Street.  I was impressed that South street was a mix of older buildings and new ones.


Right out of town was the Auburn
Correctional System, a very large prison, which was established in 1816. The Hannahs lived on South Street, at 136, very near the prison.  The fact that it was near the prison and prisoners did escape made my grandmother very nervous as her husband often traveled so they moved to back to Genesee Street.


I tried to find a picture of that house, but as luck would have it, the house was behind one very big tree, but I did find a postcard of the street in the
early 1900’s.  As I continued down Genessee Street, I came upon The Cayuga Museum of History and Art and Case Research Lab Historic Site.

Close by I found Fort Hills Cemetery, where my Aunt Anne Hannah and her husband Charles Ross are buried.  I took a quick look at Find a Grave and was able to locate her headstones.


When I got to the corner of Genesee and South Street, I turned onto South.  A little way down I drove by Harriet Tubman’s House, the former
slave turned underground railroad conductor.

As I drove on , I found the home of William Seward, a  New York State Senator, Governor of New York, a U.S. Senator, and Secretary of State for President Lincoln.


I also saw The Cayuga Museum of History and Art and Case Research Lab Historic Site and the Schweinfurth Art Center.

In downtown Auburn, I saw St. Peter's Episcopal Church, where I think my father may have been baptized. 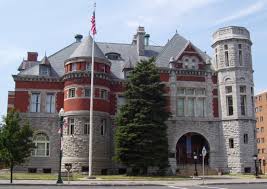 I also saw the Old Post Office and Courthouse.

I was curious to see what was outside of Auburn so I took South Street out into the country.  Not surprisingly, it is very rural with plenty of farm land and vineyards.