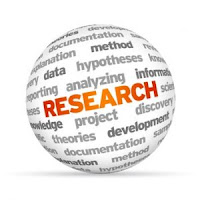 This week’s theme is next to last.  I was pretty clueless about what to do with that.  I did not want to blog about someone who was the next-to-last child in a family, or about a next to last job.  But I had another idea.  I would blog about my next-to-last project.

I have become interested in the movement of members of my family, both closely and not-so-closely related.  So to do that you have to know where they lived.  Family Tree Maker has a mapping program, which I decided to learn to use.  It lists all the people in your tree and any places that are associated with them.  The nice part is that you can see where each person moved and plot it on the map.  For example, I can see that my great grandfather moved from Edgar County, Illinois, to a variety of different places during the Civil War, to Butler, Missouri, to Sterling, Kentucky, where he died.  It will also list everyone who lived in a particularly place.  I was interested in learning exactly who moved from Brown County, Ohio to Edgar County, Illinois. 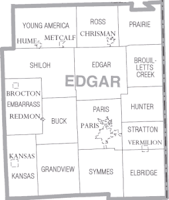 What I had to do is go to the list of place names and find those that had Brown County in them and convert each one to Brown County, Ohio, USA.  Unfortunately, I could not figure out if it was possible to convert them all at once, I had to do it one by one.  That took a long time.  However, by the time I finished 70 people were associated with Brown County, Ohio.  If I look at the dates the people lived there it was from the early 1800’s to the mid 1900’s.

Now the current project is to do the same thing with Edgar County, Illinois, which is where my great great-grandfather moved.  Once I know who lived there, I can compare the two lists.  That gives me what I think of as a tribe or a group of people that move together.  Once that is done, I can look at the relationships among them, e.g. who sold or bought land from whom, who married whom, etc.  Stay tune and I will let you know what I find.