#150--Conflict in the Goose Saloon 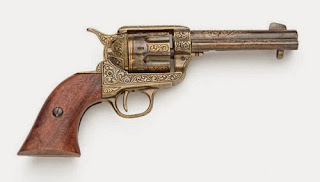 The theme this week is conflict.  I immediately decided that I would blog about my great aunt’s husband, Harlan Turner.  He was involved in a gun fight and that certainly fit the definition of a conflict.  Harlan was born Morgan County, Kentucky on February 27, 1857 to James and Elizabeth (Trimble) Turner. The 1860 and 1870 census describe him as living at home with his parents in Kentucky.  In 1880 Harlan is living in Valley, Linn, Kansas.  He is described as a farmer and a partner in the farm. When he arrived in Butler, Missouri is a mystery to me.  He married my Aunt Gert Hannah in Butler, Missouri on April 4, 1890.   Then they divorced 9 years later. 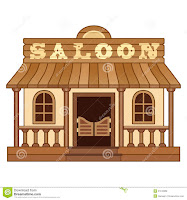 I had had great success in learning about my relatives who lived in Butler, by reading the Butler newspapers on the Chronicling America website.  So I decided that I would see what I could learn about Harlan. Imagine my surprise to read that he was involved in a gun fight in a saloon in Butler.

From the article, this is what seems to have happened.  Harlan Turner and his friend, J. W. McVeigh had spent most of the day from noon to early evening drinking in the Goose Saloon.  About 7 o’clock they began to hit each other over the head and in the face with their hats.  To avoid further trouble, the bartender closed the bar, and Turner and McVeight left, and went their separate ways.

Later in the evening they both returned and their gun fight ensured.  The bartender, Robert Plummer,
described the incident as follows:

Harlan Turner was tried in Circuit Court in Butler .  A variety of witness testified as to what they had seen and Turner testified indicating that he shot McVeigh in self-defense. After describing a verbal interaction with McVeigh, Turner said the following: