#94--From There to Here--The Richards, Hannahs, Minarciks and Eitelbachs Arrive 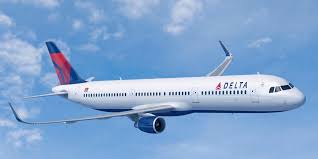 I recently flew to and from Europe.  It took about 8 hours to get to Spain and about 10 hours to fly back from Rome.  During those flights, I thought about my ancestors who came to America and what they may have experienced.  They arrived along before airplanes crossed the ocean so I decided to go back and look at the ships that they took to get here.  I also decided to focus on my four main lines—Richards, Hannah, Eitelbach and Minarcik.

Edward Richards is my earliest immigrant ancestor.  According to Cutter in “New England Families, Genealogical and Memorial, V. 2., Edward Richards came from England about 1632.  While not listed on the ship manifest, he is presumed to have come on the Lyon with his brother Nathaniel.  The Lyon sailed from London on June 22 and arrived in Boston on September 16.  While they were on the ship for 12 weeks, for only 8 of those weeks were they at sea.

James Hannah is my next immigrant ancestor to arrive.  However, I have not been able to figure out exactly where or when he landed.  I do, however, have some idea of when he might have immigrated. The earliest document that I am able to locate is an 1806 application for a land warrant in Armstrong Count, in which James swears that he and his family settled on the land in 1799, built two cabins, cleared the land and planted crops.  Andrew Mckee, his father-in-law, and Phillip Anthony both swore that James Hannah had lived there for at least five years.  Further, his oldest child, James Hannah, consistently states that he was born in 1795.  So my best guess is that James landed in the Philadelphia area some time before 1795, married Nancy McKee and along with his father-in-law and his family moved to Armstrong County.  At that time, it took 7 to 8 weeks to cross the Atlantic.

My third group of ancestor were the Minarciks.  On June 27, 1854  Joseph Munarzick with his wife, Regina and two children—Elizabeth and Carl—arrived in the port of New York.  They sailed from LeHavre, France on the ship William Tell, a 3-masted, square-rigged sailing ship on May 21.  The
William Tell arrived in New York on June 27.  The voyage lasted 38 days. According to the ship manifest, there were 618 passangers on board along with cargo.  Interestingly, Regina Munarizick’s parents, John and Catherine Wende along with their children—Marie, Catherine, Carol, Susan and John—were on the same ship.

The last to arrive there the Eitelbachs.  They sailed on the Red Star Line’s Rhynland, a four-masted steam ship.  While I cannot pin down exactly when they left Antwerp, they arrived in New York on May 23, 1895.  The Red Star Lines’ web page indicates that the voyage typically  took from 7 to 10 days, so they should have left sometime between  May 13 to 16.  Looking at the passenger list, I learned that they came third class or steerage, their quarters were in the stern of the ship and they brought 5 pieces of luggage with them.  I also saw that Louis described himself as a locksmith.

So over the course of about 400 years, the amount of time it took to travel from Europe to the United States dropped from 8 weeks for Edward Richards to 38 days for the Minarciks, to 7 to 10 days for the Eitelbachs to my 10 hours.  I know what my trip was like, I would like to know more about theirs.