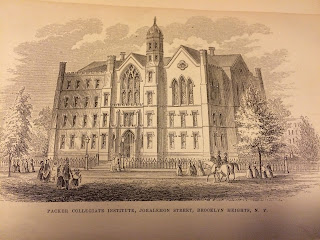 A couple of weeks ago, I blogged about my grandmother, Gertrude Richards, and her experiences as a student at Packer Collegiate Institute in the late 1880’s.  When I finished reading the catalogs that covered her years at Packer, I had a little more time left at the Brooklyn Historic Society.  My cousin, Mary, had told me that she thought that one of Granny Hannah’s aunt may also have gone to Packer.  Packer officially opened in 1854, after the Brooklyn Female Academy was destroyed in a fire. From looking at her aunts in my tree, I thought that  Evalina Blanche Cochrane would be the most likely one.  She was born in 1853, probably in Rochester, New York.  By 1855 her father, William Cochrane, had moved his family to Brooklyn, New York.  So it was entirely possible that my great Aunt Eva was a student at Packer.

To try and find her, I used the same technique that I used to find my grandmother.  Fortunately, those early catalog listed all the students as well as the teachers and Board of Trustees.  So I was able to look at each catalog to see if she was listed as a student.  I was so excited to find her in the 1864, 1865, and 1866 catalogs.  As luck would have it, I ran out of time so I am not sure how long Aunt Eva remained at Packer. 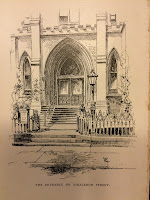 To me, the curriculum looked pretty much what you would expect for what we now would call an elementary school child—reading, spelling, arithmetic, history, etc.   I was interested in their listing the books that were used so I decided to see if I could find them on the internet.  I was able to find all of them and they were fascinating.  Cornell’sPrimary Geography and Cornell’s Intermediate Geography, turned out to be the first two of a series of three geography books.  If you look at them, you will see that they are arranged primarily into a question and answer format and also indicates what the teacher could or should say.   Stoddard’s Mental Arithmetic has some suggestions for teachers.  I was really surprised to read that questions should be asked promiscuously!  The least common definitions for that word is irregularly—which makes a lot more sense that the current more common definition.  Perhaps the most interesting was Peterson’s Familiar Science, which was written to explain science in everyday life.  If you have a minute, you may want to look at the science experiments at the end of the book—some reminded me of the science fairs of today. 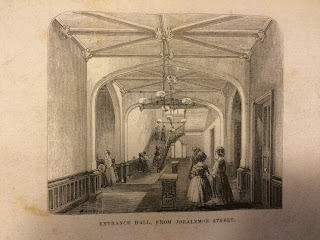 I would so like to talk to Aunt Eva, and ask her about being a Packer student.  It would be nice to know how long she went there, what the building was like inside, what she thought of her studies, . what she and her friends did during their free time at school, and whether any of her sisters also went to Packer?  Since she attended school during the Civil War, I also would like to know whether or not, that affected her experiences.