The theme for this week is to blog about one of our 32 third great grandparents.  So the first thing I had to do is figure out was who fell into that category.  That group goes back 5 generations in a family tree.

Since I like to keep my lines in separate files, it took some time to figure out who I was going to blog about.  I first settled on David Mears.  I have previously blogged about his wife, Elizabeth (#2—Elizbeth Mears) . So I thought that if I blogged about him, I would have completed that pair.  However, I quickly realized that what I would write about David Mears, I had already written about his wife Elizabeth.

So it was back to the drawing board.  After scouting around some, I decided that I would blog about Abigail Smith.  She is one of my 16 great great great grandmothers and I know little about her.
According to the Vital Records of Roxbury, Massachusetts, Abigail was born to Luke and Abigail (Bellows) Smith on June 25, 1768.  Her brother, Solomon, was born on October 25, 1766 and Thomas, on November 28, 1770.

On September 3, 1796, Abigail married Timothy Fuller, who was a physician in Dedham, the town next to Roxbury.  Three years later, on January 12, 1799 Timothy died.  Abigail then married Reuben Newell on January 3 1801.  Reuben had previously been married to Sally Battle, who died in 1795, leaving four children.  In 1803, Catherine, their only child was born to Abigail and Reuben.  According to the Columbian Centinel of February 1832, the local Dedham newspaper, Abigail 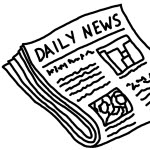 died in Dedham, Massachusetts in that year, while her husband died in 1825.

I always find it somewhat frustrating to research female ancestors. Unless they have done something that is in some way really spectacular, there is no information about them.  That leaves lots of unanswered questions.  So if I had the opportunity, I would have a number of questions for Abigail.  I would like to know how her first husband, Timothy Fuller died and how she managed for the three years that she was his widow.  Did she return home and live with her parents?  One of her brothers?  How did her meet Reuben?  She became a step mother to four children.  What was that like?  Where did she live after her husband died.  I cannot find her in any of the census.  Way too many questions, so few answers. 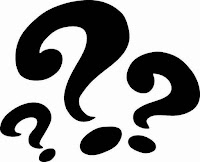