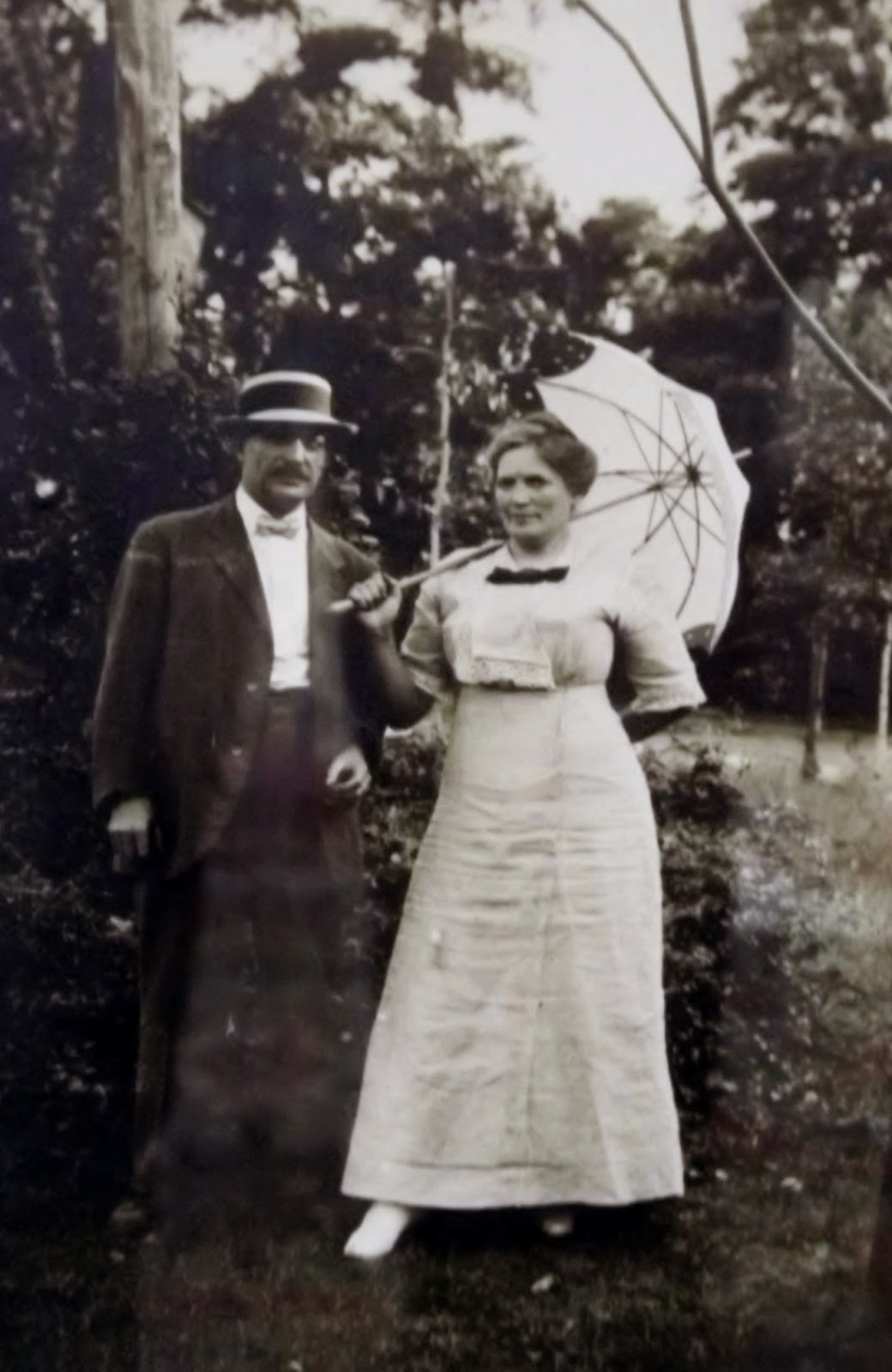 Several years ago, I found this picture of my great grandparents, Louis and Marie Eitelbach.   They are all dressed up, maybe for a Sunday afternoon walk in the park, maybe just to have this picture taken.  I love my great grandmother’s parasol and my great grandfather’s walking cane.  The picture was framed so I added it to my gallery wall along with other pictures of my ancestors.  Louis Eitelbach is the subject of this week’s blog.


He was born in Hagen Hamm, Germany in July 1864, one of seven children of Nicholaus Augustus and Helena (Agatz) Eitelbach.  In 1885 he married Maria Berta Huelster.  While in Germany they had four children:  Walter, Louis, Maxmillian and William.

On May 25, 1895 Louis arrived in New York with his wife and four children.  They sailed from Antwerp on the Red Line ship, Rhyland.  According to the ship manifest, their destination was Brooklyn, New York.  The 1900 census indicates that they were living at 1287 Greene Street, Brooklyn and two additional boys, Harry and Frank, had been added to the family.   By 1910 the family had moved to 152 Napier Street, Queens, New York and in 1920 lived at 8766 109th Street, Richmond Hill, Queens, New York.  While it appears that the family had moved, actually Napier Street was renamed 109th Street.   The ship manifest lists Louis occupation as a lock smith; in all three censuses his occupation is given as a machinist in a tool shop.   Louis died on December 26, 1926.

If I were able to speak to him, I would ask about the picture.  When was it taken?  Where were they?  Why did they take it?
Posted by Mary at 2:45 PM