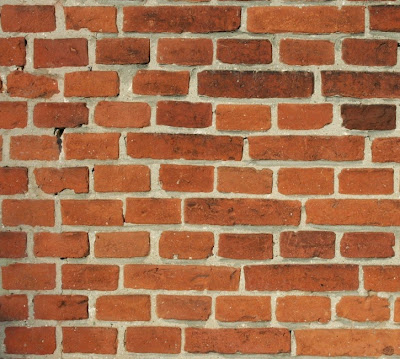 This week’s theme is “Who Would You Like to Know?”  Now I would like to know the vast majority of my ancestors, especially those who were the emigrant ancestors of their line.  I would like to know why they came, where they were from, where they settle where they did, etc.  However, I would also like to get to know some of the people who present a brick wall.  That would give me the chance to ask questions and break through that wall.

I have several brick wall, but the biggest and the one I am having little success with involves my great great grandmother, Ann Morgan.  She is the mother of my great grandfather, William Cochrane,(1810-1873), his two brothers, Andrew George Cobbett Cochrane (1809-1872) and George (1813-1815), and his sister, Anna Marie (1811—Unknown).  All the baptisms are recorded in the parish records of Saint Marylebone with the Honorable Andrew James Cochrane Johnstone listed as the father and Ann Morgan as the mother.  Andrew James Cochrane Johnstone was a member of Parliament and came from a well-known and distinguished naval family.

There is no records of their marriage.  It is my understanding that in the late 1700 and early 1800's in England,  it was very common and acceptable for men to have not only a wife, but also a mistress.  According to Murray (2000), in An Elegant Madness, a mistress had her own position in society and could be a positive asset to her man.

While the Cochrane line is well documented, there is no mention of Ann Morgan or of the children born out of this relationship.  Hence learning more about Ann that way is not possible.  I do not know when the relationship ended, but Andrew Cochrane Johnstone fled England after being convicted of stock market fraud, leaving Ann and her children.

I have used Family Search and Ancestry to see what I could learn about Ann Morgan.  Since her first child was born in 1810 and I am assuming that this relationship did not involve an older woman, I picked 1790 as her approximate year of birth and London as the place of birth.  I found a William Morgan and his wife Mary with an Ann born in 1890 and christened at St. Marylebone, and a David Morgan and his wife Arabella with a daughter Ann born in 1787, also christened at St. Marylebone.  I then looked to see if either set of parents had other children.  I found that William and Mary Morgan had another daughter, named Anna Marie born in 1781.  The exact same name as the daughter of Ann Morgan and Andrew James Cochrane.  So I am about 50% confident that I may have found Ann Morgan parents.

More problematic is a death and or burial data.  I do  not know if after Andrew left, Ann married or remained single.  Further I have no idea when she might have died.  Both William and Andrew George Cobbett Cochrane came to the United States in about 1836.  Her death might have been a reason to leave, but maybe not.

So I would like to meet Ann Morgan.  I would have lots of questions for her.   Who were your parents?  Where did you grow up?  Did you have any brothers and sisters?  How did you meet Andrew James Cochrane Johnstone?  How long did have a relationship with him?  Did you live with him?  Once he left England, how did you support yourself and the children?  Do you know why your sons left England.

So if you read this, and have ideas of where I could go next, I would love to hear them.