#158--Naught Incident at the Palace Hotel


My great grandfather, John Wesley Hannah (1838—1899) ran the Palace Hotel in Butler, Missouri.  I discovered that Chronicling American, a Library of Congress web site, had the newspapers for Butler.  When I searched for the Palace Hotel, I got lots of information.  The paper wrote about the parties that took place there, the renovation to the hotel, and the comings and goings of various guests.  It also reported on an event that I would classify as “naughty,” which is this week’s theme.

It appears in 1886 the town decided to hire two night watchmen—Wesley Jones and Decatur Smith.  Why they thought they needed them is not clear to me.  According to the reporter, shortly before February 3, 1886 Smith came to John Wesley Hannah and told him that a gang of thieves was coming
to Butler to rob Bernhard’s jewelry store.  To catch the thieves, Smith said that they need to book room 17 on the third floor of the Hotel so that they would be able to see the robbers arrive.  Hannah told Smith they he could have the room and that he would do what he could to help them.  Hannah told the Newspaper reporter that Jones and Smith had the room for six nights and were joined by Captain Davidson and a man by the name of Welsh. 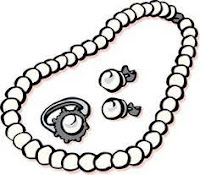 Then Smith told John Hannah that the burglars were going to wait to rob the jewelry store until the weather was warmer and would not need the room now.  Smith paid Hannah 50 cents per night for a total of $2.00 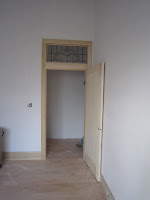 About a week later Smith told Hannah that they needed the room again because they got word the robbers were coming.  Hannah gave them room 17 again for 4 days.  Hannah said that he became suspicious of what was going on when he went to bed about midnight because there was a lot of noise coming from room 17.  He decided to investigate the next morning.   Before he was able to, the maid came down to tell him that there was a lot of blood in the room and in the wash bowl.  John Hannah got the Town Marshall and together they went to the room.  After looking it over, they concluded that one of the men had hit his nose on the chair below the transom while standing on it and looking out it down the hall.  When confronted, Smith told Hannah, that they were not looking for burglars but were spying for Captain Davidson on one of the lady guests to ensure her virtue and chastity!  Smith paid John Wesley Hannah for the room, but not for the $5.00 cleaning fee.

When interviewed Captain Davidson denied any knowledge of what had happened.  According to the reporter when “Captain Hannah tackled him (Davidson) about fooling him, he cried like a baby.”

I would love to know more about this, but there was nothing more in the paper.  I would like to know what the night watchmen were supposed to be doing, and why no one realized they were not doing it.  Were any of the other guests suspicious or have anything to say about the incident?  I was also impressed that the paper said they were  not going identify the woman who was being spied on, but I would like to know what she thought