#92--Richards, Hannah, Cochrane, Eitelbach and Minarcik--Where Are You Really From?

A while ago, I decided that I would have Ancestry.com analyze my DNA.  I ordered the kit, spit my saliva into the tube and anxiously awaiting for the results.  Like a watched pot that did not boil, it seemed to take forever.  Then, one day I got an e-mail that something had happened and they were not able to do the analysis.  I was so disappointed.  Fortunately, they sent me another kit—this one was free and I began to wait again.

I knew there were two parts of the analysis:  one that focuses on your ethnic background and the other that connects your DNA to people who have also submitted their DNA to ancestry. Because I have been working on various lines in my family for over ten years and can go many centuries back, I was pretty sure that I knew my ethnic background. Had you asked me, I would have told you I was English, Irish, and German with maybe a little Czechoslovakian.  I was much more interested in learning who I was related to, and hoped that some of those connections would break down a couple of my brick walls.

So one day, while I was not thinking about it, an e-mail arrived announcing that my DNA results were available.  I was delighted.  When I looked at the ethnic results, I felt a little bit like the man in 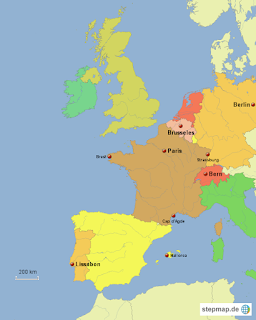 the Ancestry commercial who thought he was German and always wore his Lederhosen, but found he was Scotch Irish and now wears a kilt.  Some of my results were not at all what I expected and others made sense.  My DNA tested as:  Scandinavia-- 33%; Ireland--32%; Western Europe--16%; Iberian Peninsula--12%; Great Britain--4% and Italy/Greece--3%.

I could easily connect some of my lines to these locations.  My Hannah line has strong roots in Ireland so that made sense.  The Eitelbacks and Minarciks came from Germany and some of long ago relatives lived in Normady, France.  That accounted for Western Europe.  Scandinavian?  Actually, when I thought about it and read some of the information that Ancestry supplies, it made great sense.  In the Middle Ages the Danes invaded the eastern portion of British Isles and after the invasion, they stayed.  My Richards line and most of its collateral lines comes from that part of England.   The Iberian Pennisula connection baffled me.  However, I learned that in about 5,000 B.C there was a migration of individuals from what is now northern Spain to Ireland and that there was a second migration in the 4,000 B.C. era from Germany.    The named location does not always correspond to what I thought it should be and that is true for the Italy/Greece connection.  When I looked on the map and read the accompanying information, the location also included parts of Spain and France.

If you are wondering about how successful I was in connecting to other people, stay tuned.  In the meantime, like the man in the Ancestry commercial I am considering whether I should give up my Christmas Wassail Bowl and begin serving Danish Glogg.
Posted by Mary at 12:12 PM