#19 Gertrude Richards--Who Are These People?


I love to look at old pictures, which is a good thing because over the years I have acquired a lot of them.  One group of pictures that I like is of my grandmother, Gertrude Richards.  I remember her as an adult and I have pictures of her then, but my favorites are of those when she was much younger.  So I thought this week I would use some of them for my blog. 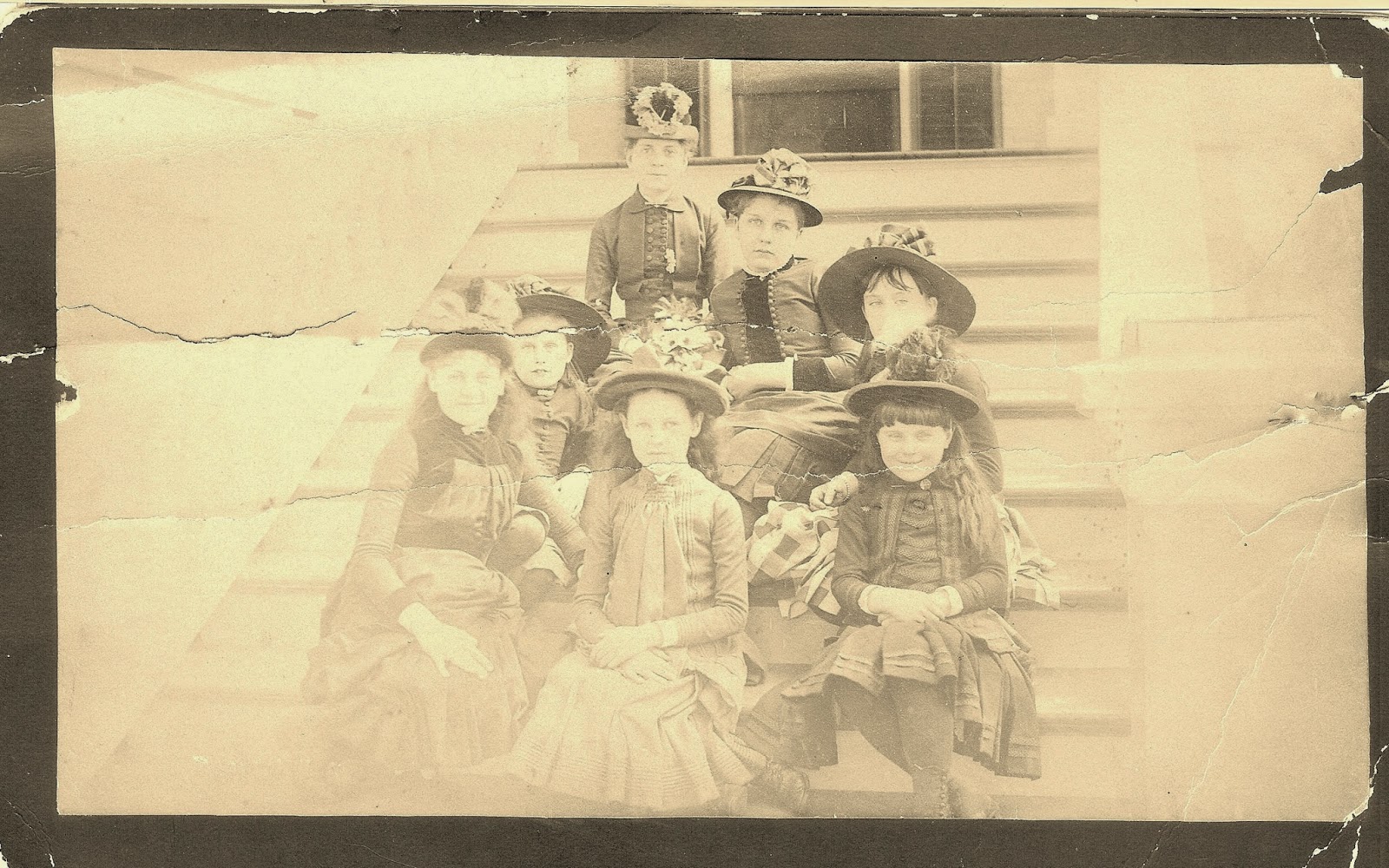 I do not know when or where this picture was taken.  I am not even really sure which one is my grandmother or who the other girls are The picture is posed and they seemed to be dressed up.  I love their hats and coats.  Some are wearing long skirts, but the little girl in the first row on the far right has a shorter skirt paired with stockings.  Given how the styles have changed it is hard to imagine, wearing all that clothing. 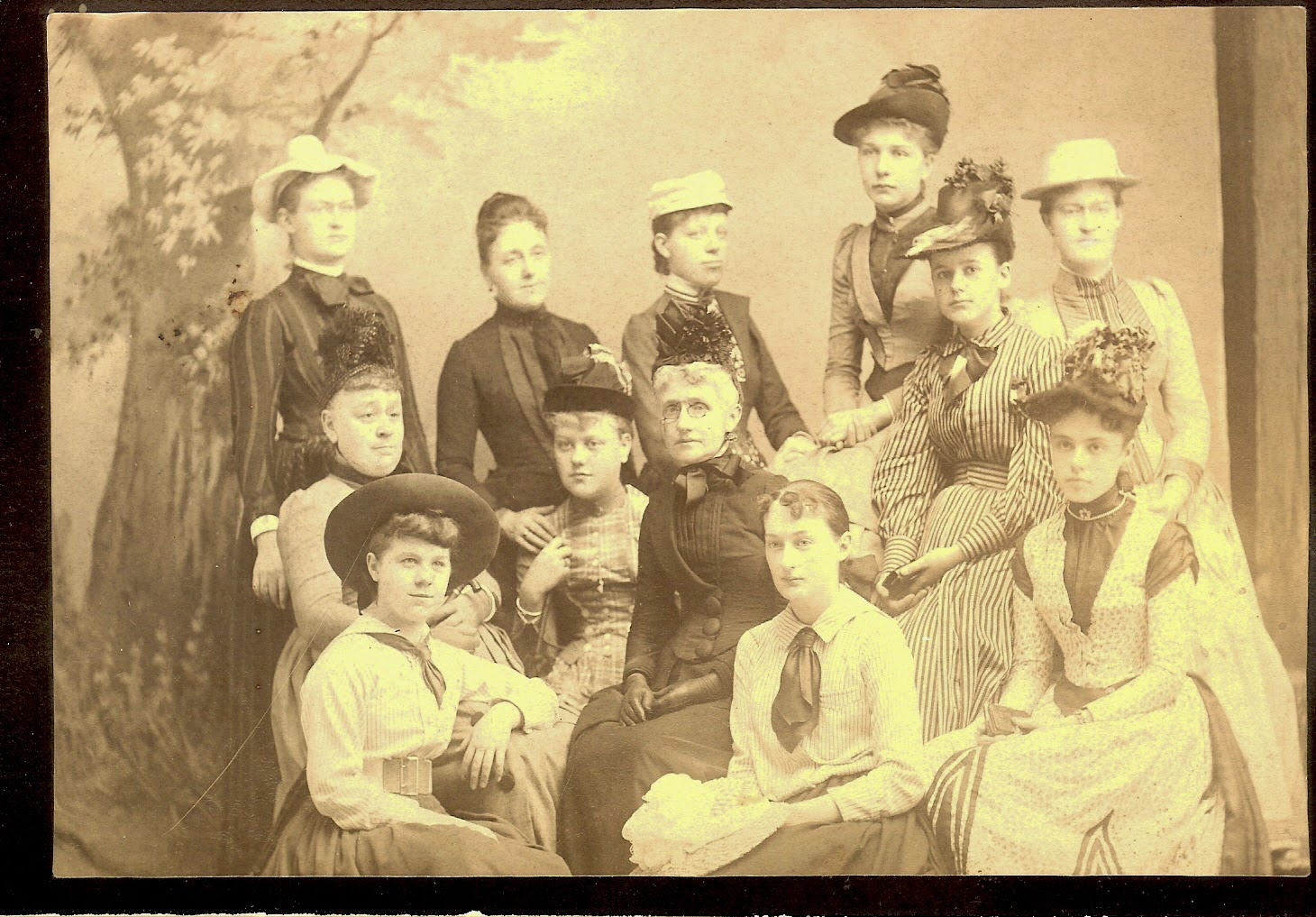 Here is another group photograph. It is posed in front of a painted backdrop.  I am not sure how many of these young woman were in the first picture, but this group looks more like teenagers.  This time they have two adult women with them.  That makes me wonder if the girls were off on some kind of excursion.  Again they all have hats.  This time I can identify my grandmother, she is the first one of the left in the first row.  She seems to be the youngest one there. 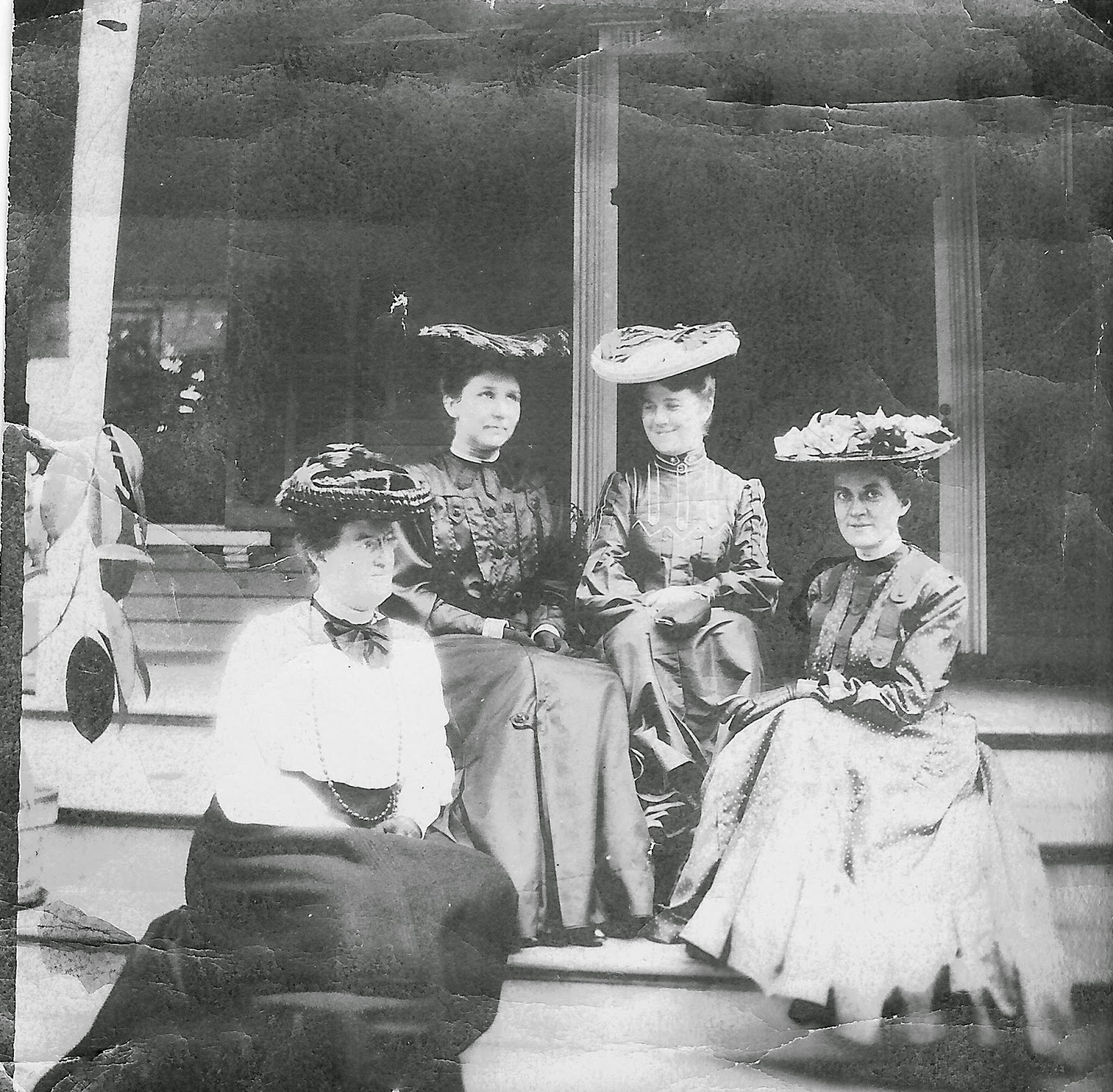 This picture was taken much later and again is another posed group picture. In this one my grandmother is the second one from the right. Again I do not know where it was taken—they are grouped on the steps of a porch.  Since my grandmother lived in the city, I suspect this may have been taken on a trip.  What I like best are their hats—kind of like flying saucers decorated with flowers.

If I could talk to my grandmother, I would ask for each picture where and when it was taken and who the people were in the pictures.  One thing I have learned and try to do with the pictures I take of people is to label them.
Posted by Mary at 7:04 AM