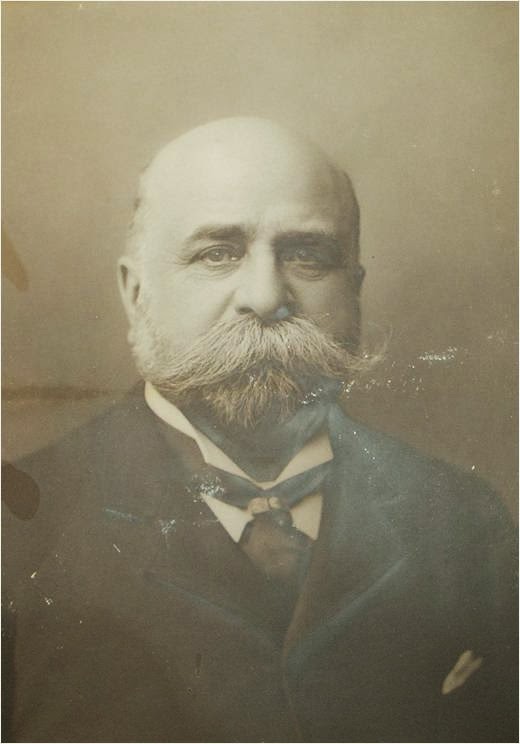 Abiathar Richards, my great grandfather, was born on October 25, 1837 in Dedham, Massachusetts to Ebenezer and Catherine (Newell) Richards.  As a child, he was sent to live with his aunt and uncle, Fanny (Richards) and Seth Richards in Newport, New Hampshire.  In 1860, Abiathar was living with his older brother, Abner, and his family in Brooklyn, New York.  On October 4, 1866, probably in Brooklyn, he married Mary Jane Cochrane, daughter of William and Emma (Merrett), Cochrane.  Abiathar and Mary Jane had three children:  William Fisher, born April 15, 1869, Chester Ingersol, born September 25, 1876, and Gertrude Cochrane, born September, 7, 1874.
The 1870 census indicates that Abiathar and Mary Jane lived with her parents at 124 Fort Greene Place in Brooklyn.  Abiathar’s occupation is given as an auctioneer. The New York City Directory for 1869 lists Abiathar Richards as in the shoe business at 7 College Place, New York, and living at 124 Fort Greene Place.  His brother, Abner, was also listed as in the shoe business at the same address.  The 1890 New York City Directory again describes Abiathar as in the shoe business at 61 Reade Street, New York.  His brother was by then decreased as the directory lists Catherine Richards of 72 West 45th Street as the widow of Abner.
Abiathar Richards died on Arpil 17, 1905.  The cause of death was diabetes.  Two of his obituaries were as follows:
Abiathar Richards, wholesale shoe dealer of Manhattan, died at his home. 124 Fort
Greene Place. Brooklyn, yesterday in his sixty-eighth year. He was born In Dedham.
Mass.. and came to New York in his early youth. He was fond of horses and for years
was  known on the Ocean Parkway and late on the Speedway as one of the oldest drivers of fast trotting horses. He was a member of St. James Protestant Episcopal Church.  He is survived by a wife, one daughter and two sons.
The Sun, April 18, 1905

Abiathar Richards died at his home, 124 Fort Greene place, yesterday, after
an illness of three weeks from diabetes.  Mr., Richards was born In Dedham, Mass..
He was in his sixty-seventh year. He came to Brooklyn nearly fifty years ago.
He was a member of the New England Society and was also a member of the
Oxford Club, A widow, Mary J,  two sons. William F., and C. I., and one
daughter, Mrs. William Hannah, of Auburn, N. Y. survive him. Funeral services
will be held at his late home Friday morning at 11 o'clock.
The Daily Standard Union, April 18, 1905 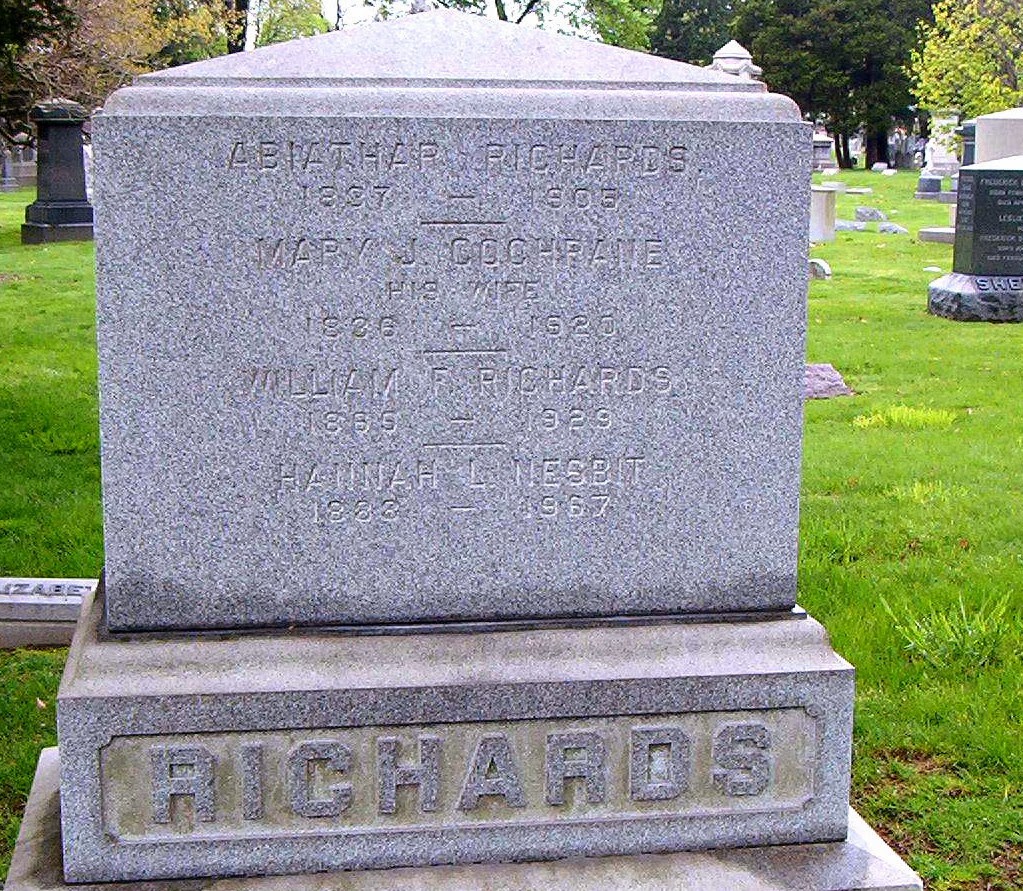 He was buried in Green-Wood Cemetery, Brooklyn, New York.  His will directed that his wife, Mary Jane, should have use of all the household effects during her lifetime and upon her death those effects should be given to his daughter, Gertrude.  He left half his estate and property to his wife.  The remainder of the estate was to be divided equally between his three children, Chester, William and Gertrude.  Further, money was to be given to his executors to invest and pay the income to his daughter, Gertrude.  Upon her death, the principal was to be divided between her living children.

If I were able to talk to him, I would ask why he was sent to live with his aunt and uncle.
Posted by Mary at 11:22 AM